The benefits of developing a fun-loving attitude at work 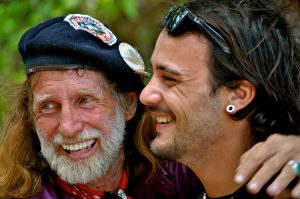 As we explained last time, it became our custom to amuse ourselves by invoking the absurd facets of working in the dreaded scraping station.

One of the creative ways we found to lighten our burden was inventing comedic scenarios. For example, in the midst of our scraping, two of us would pretend that some of the company’s top executives had walked in to observe how things were going “on the ground”. When conjuring up this imaginary visit, we acted out a mock protest about the “inhumanity” of this job.

While this was all good-natured play for our own diversion, there was certainly a grain of truth in our simulated dissent. In essence, the mock protest provided a means for expressing our frustration with the rigors of this one specific task. In any case, treating it all with humor was an effective way to take our minds off the tediousness of the assignment itself.

Our working conditions and relationships with management at the winery were generally excellent. To outsiders, though, we thought that what we were doing at this particular workstation could appear exceedingly ludicrous and dreary. In our minds, we visualized the pitiful image we must have portrayed to others: two manual laborers grinding away with fatigued forearms, sitting in front of a seemingly limitless stack of cases to finish.

In another of our comedy scenes, a colleague and I simulated an interview with a famous woman reporter from French national television. She had come to speak with us for an in-depth human interest story on what it was like to be a wine worker in the Bordeaux region. We took turns as the reporter and the interviewee, with hilariously exaggerated interchanges. We even convinced ourselves that such a TV episode was not so implausible. After all, we were just typical laborers in one of the country’s most emblematic and glamorous industries.

For us, such role playing was certainly a significant component in the transformation of the scraping station. Simply by approaching our hours there with a fun-seeking attitude, we turned it into an assignment we could enjoy. Despite the physical pain of the work, we even began to look forward to being isolated, and free to create private moments of foolishness.

Not only did our mock theatrics make the time go faster, they forged bonds between us, with each humorous exchange bringing us closer together. Thanks in part to this scraping station humor, I developed friendships with several of my colleagues, relationships that would eventually extend beyond work hours.

In the end, though, by far the most effective method we discovered for adding a dose of frivolity to the scraping station was comparing our “plight” to that of Sisyphus. In our minds, the relentless grating of cases, stacked in a seemingly endless pile, was our version of pushing a rock to the top of the mountain, over and over again. As such, this ancient Greek fable provided ongoing fodder for some entertaining joking and wisecracking.

For me personally, Sisyphus took on even greater significance, in a philosophical way that I did not share with the others. As mentioned previously, I had recently revisited the classic tale in a literature course that was part of my university education in Paris. The professor, a philosopher at heart, focused our attention not so much on the original myth but rather on a 20th century interpretation of it, by French writer Albert Camus.

A remarkable novelist, essayist, and playwright, Camus is a true icon in the worlds of literature and philosophical thinking. Among his numerous honors, he was awarded the Nobel Prize in Literature in 1957, when he was just 44. At that time, he was the second-youngest recipient in history.

In the next post, I will tell a bit more about Camus and Sisyphus, and the role they played in shaping my reflection that summer.