The power of reframing 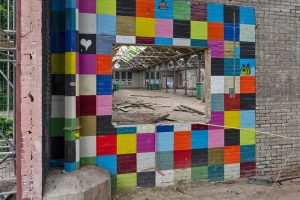 In recent posts, we have seen how Nelson Mandela reframed the whole experience of incarceration, and how his simple change of mindset engendered a fundamental transformation in his attitude and behavior.

These two concepts—reframing and transformation—have been cornerstone elements of my work since the days of my doctoral studies in the 1990s. In this entry, I begin to explain some of the ways I have used the idea of reframing—in my teaching, consulting and public speaking.

This is a theme that seems particularly pertinent right now, as I have received an increasing number of comments in recent weeks, many of them asking similar questions. In general, the people who contact me about the blog have been pleased with my discussion of various aspects of Mr Mandela’s remarkable life. At the same time, readers are curious about how we might apply the lessons of such renowned world figures to our own lives and work.

This is the type of query I always expect and appreciate. Indeed, I have encountered them often in my classrooms, in my consulting work, and at many of my conferences. In all of these venues, my number one goal is to leave people with ideas and tools they can truly use.

In that vein, I am convinced that studying Nelson Mandela’s atypical approach during his prison stay can be quite useful for us.

As we have seen, the hot-headed radical who was assigned to the maximum security facility on Robben Island in 1963 adopted a behavior that astonished his Afrikaner guards and their bosses.

One might even say that Mandela turned the tables on those in power, who thought they were putting him in the most disheartening of circumstances. Their expectation was that he would be resigned and recalcitrant, or that he would take a stand against the brutal treatment political prisoners in South Africa received at the time.

As such, prison officials were perplexed when their famous detainee reached out in an effort to understand them. He even told them he was eager to learn their customs, study their language, and read their books. Early in Mr Mandela’s tenure, when some of the guards tried to humiliate him, he responded with composure, exhibiting a tranquil respect that eventually won over most of his warders.

To employ terms from our working vocabulary, Mr Mandela confounded the Afrikaners by reframing the very concept of what one does during an incarceration. Rather than treating his jail sentence as lost time or misfortune, he turned it into an opportunity for reflection, learning, and self-improvement.

In essence, this one-time terrorist refused to comply with the “job description” for an inmate. Instead, he chose to examine options for his personal growth, visualizing pursuits that went far beyond merely complying with his daily duties and responsibilities.

As time went on, the future South African president defined his own challenges. He actively sought out ways to help himself learn and grow, to develop his character, and to deepen his understanding of the Afrikaners who guarded him.

Mandela’s inner journey during his prison experience shows us what a powerful tool reframing is. In essence, it is a mental device that allows us to change the nature of virtually any circumstance, through changing our own mindset.

In coming entries, we will look at some tales of reframing, from a variety of sources, to discover how any of us can indeed use this device to improve our lives.