A personal tale of reframing 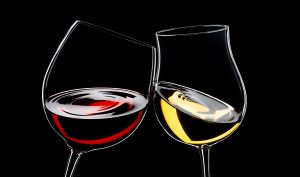 When I wrote last time that we would begin to look at some tales of reframing from a variety of sources, I was not intending to begin with one of my own.  However, in response to the people who asked if I have used reframing in my own life, I propose to write a series of entries that recount an episode from my young adult years.

To be clear, though, at the time this event occurred, I did not know anything about the word or the concept of “reframing”. It was only years later that I came to realize what an interesting study in reframing this tale is. In fact, it is an example that demonstrates how anyone, even a naive young student with no power in the organization and little experience in the workplace, can influence his context.

When I was a 20 year old university student in France, I had an experience that would influence my future thinking far more than I ever could have imagined at the time. In those days, I was committed to an academic path focused on history and literature, with a particular interest in French language, philosophy and theatre.

Thus, I had not even the slightest inkling that my future would include pursuing an MBA degree at Stanford or a doctorate in business administration at Newcastle. I certainly had no idea that I would later serve as a director or board member of several business enterprises, or as a professor of leadership at a renowned European school of management.

In any case, I was truly delighted when I was offered summer employment as a manual laborer at a large Bordeaux winery. Not only would working there help me pay my school expenses, it would also provide an opportunity to explore the world of a blue collar worker, in one of the country’s most prominent industries.

From beginning to end, my involvement at the winery exceeded all my expectations for what a summer job could be. Only days after my arrival, I was pleased to note that people began treating me as any employee, not as a student or summer intern. As a consequence, I was able to focus on interacting with the other workers, and on learning all I could every day.

Indeed, my first weeks on the job were fascinating. Partly for my orientation, and partly because it was convenient to train someone to replace any absentee, I moved around to a variety of jobs on the warehouse floor. Changing functions each day allowed me to see everything, and to understand quickly how this sort of enterprise is organized. In addition, I was interacting with a diverse group of individuals, many of whom welcomed the contact with the young outsider from afar.

In France, one often has to figure things out through observation. At the winery, unless a task was considered hazardous, there was little explanation or training provided to me. Rather, I was expected to join in and watch how the others did things. In my effort to assimilate quickly, I questioned the other employees constantly—about washing, filling, corking, and sealing bottles, and about techniques for rolling the large wooden barrels.

After my “breaking in” period of roughly two weeks, the bosses deemed that I could take on all the tasks of a normal full-time worker, including the most complex and strenuous ones. At that point, I discovered that demanding manual labor holds great appeal for me. There is something satisfying about the sense of accomplishment that comes from doing this sort of work well, and from the healthy feeling of exhaustion at day’s end.

As the context grew increasingly familiar, I found myself adapting to the demands of the job, and gaining self-confidence. It was in fact strenuous work much of the time—pushing large oak barrels full of wine, moving heavy cases, or loading stacks of bottles onto trucks.

While many of our endeavors were indeed rigorous, one job in particular stood apart from the rest—the scraping station. It was the only place where the work could be both wearisome and boring.

Tasks such as rolling heavy barrels all day were physically arduous, but they were interesting as learning experiences. On the other hand, capping bottle after bottle on an assembly line could be monotonous, though by no means physically taxing. Only the scraping of cases had the distinction of being simultaneously exhausting and mind-numbing.

Though I had no idea back then of what the word meant, this is where my episode becomes an example of reframing.

Next time, we will look more closely at working at the scraping station, so that we can explain why it presented such a good opportunity for reframing.