Changing our approach to scraping cases 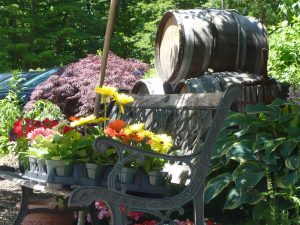 In the previous post, we looked at the work in the scraping station, and we mentioned some of the stratagems we used to help us remain upbeat despite the onerous nature of the assignment.

As I recall, the complete reshaping of our mindset in the scraping station began innocently enough. At a particularly trying moment one late afternoon, when I was probably suffering from fatigue, boredom and forearm pain, I jokingly asked my workmate Arnaud to entertain me.  “Just tell me anything amusing”, I pleaded, “to help us get to the end of this day”.

Though I had rarely spoken to him beyond exchanging the customary greetings and pleasantries each morning, my colleague launched into a hilarious—and probably exaggerated—tirade about the strange habits of a former girlfriend. Once he began talking and remembering some of his comical interactions with this woman, we were overcome with laughter.

Previously, almost all work in the scraping room had taken place in relative silence, as we concentrated on learning and mastering the best techniques for shaving the wooden cases. On this particular day, we discovered that such trivial stories could provide moments of shared lightness, and even some welcome relief during our continuous toil.

The following morning, my now enthusiastic co-worker proposed that we make a regular practice of entering the scraping station with anecdotes from our lives, or anything else we could recount to amuse our partners.

Since our teammates for this work rotated frequently, there were ongoing opportunities to bring other colleagues on board with the new approach. Though not everyone saw the benefit of combining this hard work with anecdotes and levity, we tested the concept on anyone who seemed receptive. With those who seemed reluctant to talk about their personal lives, I would often ask about vacations, the television shows they were watching, or scenes from their favorite movies. Each time, the goal was simply to find something that would bring my colleague into lighthearted conversation.

In the early days, though, there was a small problem with this new-found form of diversion. Working on the wood with our finely sharpened hand tools required high levels of concentration. As such, we would have to practice entertaining each other without losing our focus on the detail, the dangers, or the rigors of this job.

Before I knew it, and mostly unwittingly, I became the de facto leader of the plan to reshape the ambiance in the scraping room. Though I had a number of allies, people looked mostly to me as the one to innovate, to find new ways of keeping each other laughing, while keeping our attention and energy on the task at hand.

One of the schemes we devised to stay attentive, and to bring increased energy to our undertaking, was finding various forms of mock competition. For example, we would challenge each other to beat our best times of that day for producing a perfectly rubbed out logo. Or, we might compare our wood shavings to see whose work was the cleaner of the two.

While these fictitious contests were all in good fun, they did have quite a positive impact on productivity, and on our happiness.

When we had begun our novel approach to working the scraping station, I harbored some concern that our storytelling and acting out fake contests might cause a drop in our efficiency. In actual fact, we discovered that connecting with a partner and being together in a flow made us exceptionally productive. We were stimulating each other to achieve more, and we took personal satisfaction in our resourcefulness.

What happened in the scraping station that summer was indeed a remarkable transformation. In less than a month’s time, the room we had dreaded most became a place of lightness, interaction and flow. Our bosses were stunned by the way we were performing, by the sense of pride we exhibited, and by the simple fact that we now gladly took on a task we once cringed from.

Next time, I will describe a tactic that kept us decidedly amused while we scraped the cases, a device I came to call “the humor of the absurd”.