How curiosity leads to adventure 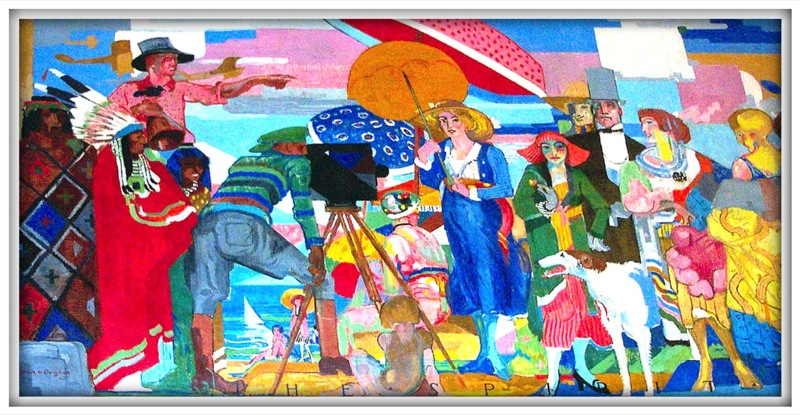 Several people have asked me recently to tell more about my acting experience, so this week I will describe it all in a bit more detail. Then, next post, I will write a bit more about of the life lessons of this time.

As I wrote two weeks ago, curiosity led me to drop in on the “theatre workshop” run by professor Bernard Uzan when I was a masters degree student at Middlebury College. (You can read the detail of that part of the story in the blog post from June 19.)

From there, one thing led to another. The teaching and the exercises of the course were completely new to me. I found it all fascinating, and I enrolled in the workshop formally the following semester. Participating in the theatre exercises helped me gradually let go of my long-standing fear of the stage, and one day I decided to act in one of Bernard’s university level productions.

As the rehearsing for our first show together progressed, Bernard and I rapidly became friends. In the end, he would give me significant parts in four plays while I was a student, and his coaching me through some challenging roles helped me completely overcome my fear of acting in front of large audiences. As far as I was concerned, the theatre experience was already a personal triumph; I had reached my goal of becoming comfortable on stage.

Still, I was surprised when Bernard pulled me aside one day and offered me a job with his itinerant troupe, the French Theatre in America. “I can use you in my company,” he explained. “You speak impeccable French, you’re good-looking, and I can continue to train you. You’ll be a fine performer one day, even very soon.”

While I still did not consider myself a professional or even a particularly proficient actor, the opportunity to learn the trade with a true master craftsman was too good to pass up. In addition, I thought it would be great fun to travel around America and perform with a group of professional thespians. My life had taken an unexpected turn, and one I could embrace with enthusiasm.

So, after a few months of intensive rehearsals, I became one of the half-dozen permanent actors in the troupe. Sometimes we worked close to our base in Boston, but often we went on road trips for three or four weeks at a time, putting on plays in dozens of colleges, secondary schools and local theaters. We stayed with friends or in cheap hotels. Many mornings, we would pile into a station wagon and drive to our next engagement, sometimes for a short distance, but other times rides of as much as ten hours.

We did everything in the car—rehearse our lines, tell jokes, talk about our lives, and wax philosophical. We would also invent word games or simply observe people. For example, we might spot someone driving alongside us and create an entire history for the briefly glimpsed stranger: “She’s 40 years old and a graduate of Yale Law School. She’s unhappily married to a urologist from Ottawa. She has a good work ethic and a fine sense of humor, but she takes herself far too seriously.”

As such, long car rides became one of our forms of ritual. Besides exercising our imaginations and having fun, we began to coalesce as a theater company as we rode. It felt like a great adventure, but it was also an intense education in creative collaboration.

Rehearsing with the troupe, I continued to learn an enormous amount very quickly. Uzan was a perfectionist. His view was if you are going to do something, you should do it right. And he was relentless. At the same time, he was so stimulating, and so amusing, that I often forgot how hard I was working. He had the highest expectations, but he upped our chances of success by giving us constant feedback.

What I did not realize at the time became evident years later: In addition to mastering the role of Candide, or the Count Almaviva in The Marriage of Figaro, I was learning principles that would help me meet other challenges for the rest of my life. I’ll discuss some of those principles in the next post.