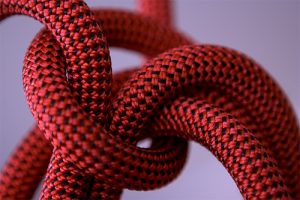 In the previous post, I wrote that Lucy Kellaway was at her finest when commenting on the bizarre statements she finds in spoken or written business communication. Not only will I miss her witty observations and scathing appraisals of linguistic transgressions, I find it distressing to think that there is nobody left to take up her mantle of “prosecutor of corporate crimes against the English language”.

Thanks in large part to Lucy’s columns, I have developed a heightened appreciation of just how absurd the language of business can be. Over the years, I have enjoyed many a laugh while reading about the “crimes” against the English language that she unearths, often with the help of readers who send in their own prize specimens.

So, today I’d simply like to cite some of my favorite transgressions from Lucy’s archive. The source of all of them are either Ms Kellaway’s weekly columns or the “Guffipedia”–a dictionary of the finest organizational drivel, which she has compiled on the Financial Times website.

Lucy commented that, even in the guff space, one rarely finds “something so baffling that one cannot even begin to hazard a guess as to what it means.”

Starbucks executive chairman Howard Schultz, by Lucy’s reckoning, is “a champion in the bullshit space”. She singles Mr Schultz out for providing more material for her columns than any other executive alive or dead. Whatever opinion we might have of Mr Schultz and his remarkably successful company (full disclosure: I am a fan of Schultz, Starbucks, and the way they treat their people), we can always stop to appreciate corporate mumbo jumbo, wherever we might find it.

Earlier this year, chairman Schultz proclaimed that the new Starbucks Roasteries were “delivering an immersive, ultra-premium, coffee-forward experience”. Ms Kellaway’s assessment: “Mr Schultz has brewed up a blend of old and new jargon…’Ultra-premium’ is needless word inflation. ‘Immersive’ is fashionable, though ill-advised if you are talking about scalding liquids. The innovation is ‘coffee-forward’. Sounds fantastic, but what is it?”

The hair-involved consumer: Kao group once told Marketing Magazine that it considered its core market to be the “hair-involved consumer…people who are prepared to pay more for haircare products because the condition and styling of their hair drives both their outlook and emotions.”

In Lucy’s view, this type of usage sets a dangerous linguistic precedent, lest we begin calling a person who likes to buy expensive food a “stomach-involved consumer”, or someone who buys high quality shoes a “foot-involved consumer”. She goes on to note that the English language already has a good term for the hair-involved consumer, proposing that we simply replace it with “hair-brained consumer”.

Lucy had high praise for former Burberry CEO Angela Ahrendts, who once wrote in an annual report the most mysterious sentence ever composed in the English language: “In the wholesale channel, Burberry exited doors not aligned with brand status and invested in presentation through both enhanced assortments and dedicated, customized real estate in key doors.”

In a futile search for meaning, Ms Kellaway showed this mighty effort to a large number of business experts, and she failed to find a single individual able to say what it means, or explain why a raincoat maker should be so concerned with doors.

In her columns, Lucy Kellaway always had a soft spot for creative combinations, particularly those that join two words to make something less effective than either one as a stand-alone. Among the standouts she found was from Yanmar Equipment, who invented the term Solutioneering, as in “Solution + engineering = solutioneering.”

Lucy reserved her highest award ever for former Cisco CEO John Chambers, who once wrote, in a memo to his underlings, the following line: “We’ll wake the world up and move the planet a little closer to the future.” What impressed Lucy most was that Chambers used plain words and simple syntax to produce “the most terrifying piece of bullshit ever”.

My personal choice: While it is hard to argue with Lucy’s award-winning selections, I confess to having a particular preference for mixed metaphor. Here is my all-time favorite, from an unnamed management consultant she quoted: “You have to appreciate that the milestones we have set in these swim lanes provide a road map for this flow chart. When we get to toll gates, we’ll assess where you sit in the waterfall.”

Though I am not specifically schooled in the fineries of grammatical analysis, this appears to be a flawlessly executed, five-faceted mixed metaphor. Are we in swim lanes, on the road with a map, on a flow chart, approaching toll gates, or at the edge of a waterfall? All I can say is: “Bravo!”