The evolution of political language 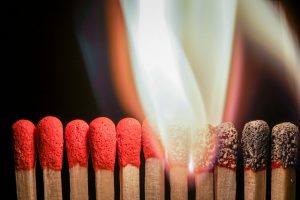 Writing about the language of business these past weeks has caused me to think about something that has been on my mind since the US presidential campaign last year—how our ideas about language and authenticity seem to be changing, at least in public discourse. As such, I propose to take a quick look today at the first of these items—how the language of politics seems to be evolving. In the coming weeks, or at some point in the near future, I will express some further thoughts on language, and also on the transformation of our society’s views about what it means to be “authentic”.

After Donald Trump stunned much of the world by reaching his nation’s highest office, people began to ask if his unique (and innovative, it must be said) ways of connecting with voters will have a lasting impact on how politicians address their constituents. Of course, it is not Trump alone who is shaping the evolution of political discourse. If one examines the rhetoric of the Brexit movement, or some of the successful political figures on the European stage, one can observe similar phenomena.

Among the most insightful political commentators I have read recently is New York Times chief executive Mark Thompson, who is also a former general manager of the BBC. In his 2016 book, Enough Said: What’s Gone Wrong With The Language of Politics?, Thompson points to three dominant trends in the public discourse of recent years: use of maximalist, inflammatory language, the production of heat rather than light, and preaching to the converted.

Today, I would like to address two of Thompson’s points: the growing use of inflammatory discourse, and the production of more heat than light in candidates’ speeches. His third trend—preaching to the converted—is something I will write about one day as part of a larger discussion, on the growing influence that big data and social media are having on the worlds of marketing and politics.

One Financial Times article I saw recently stated that 2016 will be remembered as the year when logic and rational argument were replaced by out-and-out assertion.

The master of assertion, of course, was the surprising victor in the US presidential election. Indeed, a core tenet of Donald Trump’s oratory strategy was the constant echoing of his key messages. He seems to believe that if he states something often enough and long enough—and with enough self-assurance—his legions of supporters will integrate it into their shared worldview. As such, in his speeches, he often repeats short, simple phrases, confidently pounding out his words in a staccato rhythm.

To many voters, it mattered little that he rarely addressed the practicality of his proposals for making America great again. His self-assured repetition of ideas had the effect of putting them firmly into the consciousness of his supporters.

Passion versus insight: Modern political oratory has become more about generating heat than light. It is designed to fire up one’s loyal base of supporters, rather than to try to convince undecided voters. This means connecting with people emotionally rather than rationally.

Again, the champion of this style has to be Donald Trump. If there is one thing that both his supporters and detractors agree upon, it is that all throughout the campaign, his discourse elicited emotion.

Mr Trump lit up his crowds by speaking of the “great anger” he could feel all around him. As such, he succeeded in making the voters at his rallies feel part of a larger movement. The “great anger” was not only here on this night but all over America, at every stop he made. He told crowds that the previous day he had been elsewhere—in Cleveland, Phoenix, or wherever—and that there had been similar anger in the air there as well.

Thus, we can observe that 2016 did ring in a new and different style of discourse. Donald Trump, the Brexit people, and others in Europe, are proving that speaking to people’s affective desires is far more powerful than addressing their sense of reason. One question that will be interesting to follow in the months and years ahead: In terms of political speechmaking, will 2016 indeed become famous as the year in which the winds changed, where logic and rational argument were replaced by assertion and emotion?