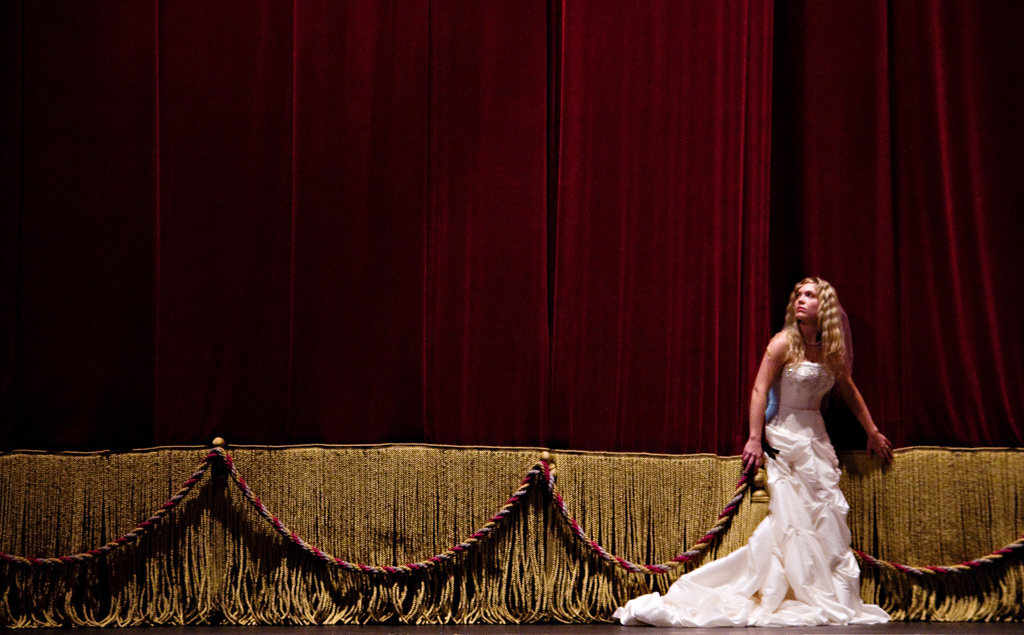 Steve Jobs’ story about his Reed College calligraphy class and “connecting the dots” got me thinking about whether I had ever experienced anything similar. In other words, was there a time in my life when I explored something I was simply curious about, not knowing where it would lead, and only discovered years later how valuable the learning was? As Jobs states, it is impossible to connect the dots looking forward; we can only connect them looking backward.

When I was a masters degree student at Middlebury College, one of the most colorful characters I encountered was Bernard Uzan, a young professor of theatre. Bernard was a well-known actor in France and a world-class director (He would later become head of the Montreal Opera, and the artistic genius behind much of their success). Every summer at the college, he taught a self-expression workshop and directed three or four truly impressive productions in French, using students and other members of the community as the actors and stage hands.

Around the campus, and particularly in the dining area we all shared, Bernard was the ultimate showman. A joyful provocateur and philosopher, he regaled all who would listen with his witty and insightful commentary on a wide variety of subjects: history, literature, sport, or Franco-American cultural differences. I was intrigued enough by this man to drop in on one of his workshops, purely in the spirit of curiosity. Having never been on stage or taken a theatre class, I was interested to see what it all might feel like.

As was the case with Steve Jobs and calligraphy, I quickly became an avid observer. To me, as a twenty-three year old without a well-defined life plan, getting up early and attending this workshop was not about any particular passion or talent. I was following my curiosity and my heart, not knowing if it would lead anywhere, and certainly not seeing any relevance to the rest of my life or an eventual career.

Discovering something about the theatre, though, proved a true revelation. Uzan was always entertaining, but he was also a perfectionist about the speaking and movement exercises he asked students to perform. Learning with him was like nothing I had ever seen before. It was about deeply exploring oneself—one’s emotions, joys, motivations and fears—and bringing all of that into one’s classroom “performances”. Increasingly curious about what it would be like to actually do the exercises, I decided to enroll in the class the following semester.

The course remained a source of fascination and inspiration throughout the subsequent term. Now a registered student and full participant, I found it even more demanding and exhilarating than I had imagined. And I loved it.

After one particularly challenging workshop session, I commented to Bernard that I would  like to try live acting one day. Unfortunately, though, I had long harbored a great fear of performing in front of large audiences, a somewhat common form of emotional paralysis known as “stage fright”. His response was one I remember to this day. “Never use the word ‘try’ in relation to the stage”, he said. “There are no ‘tries’ in the theatre. You go up there and act, or you don’t.”

To my surprise, Bernard saw potential in me. He immediately proposed that I take a part in his next production and that he’d coach me, both during rehearsals and privately. Looking back, I realize now that working in this way with a true master was a life experience that initiated me to the concept of deliberate practice. Of course, I did not use this term back then. I “connected the dots” some twenty years later when I began researching my doctoral dissertation about leadership and coaching.

In a group rehearsal, and one on one, I discovered quickly that my new mentor was a wizard at spotting our deficiencies and showing us how to work through them. Every day, he would take us out of our comfort zones, devising situations and exercises that pushed us beyond our limits, but never to the point of discouragement. It felt like I was learning more rapidly than ever before, increment by increment. And, I was developing a passion for acting. The daily practice was indeed hard work, but the sense of accomplishment provided enormous energy and joy.

Though I certainly never became anything close to a world class actor, it was a time of great discovery. I was seeing first hand that with the right kind of practice and a desire for continuous improvement, we can get better at just about anything.