How to find meaning in seemingly meaningless work 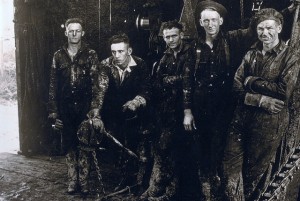 I quote it here in French because I have never liked this passage nearly as much in its English translation: “The struggle itself toward the heights is enough to fill a man’s heart. One must imagine Sisyphus happy.” In the English version, the concept is there, but the author’s eloquence somehow is lost, as is often the case with fine literature. That said, translation is a difficult exercise, and I have never been able to come up with a better version myself.

In any case, these words made a significant impact on me that first summer at the winery, particularly on the days when I had a boring or tedious job to do. At those times, I would play a game in my mind, envisioning myself as Sisyphus, struggling to reach my “summit”. I would tell myself to live in the moment, to pay attention to the detail of the work, just as I imagined Sisyphus focusing on each ponderous step of his upward journey.

Learning to live in the moment: A question from a number of readers last week concerned my statement that we can choose not to dwell on the negative aspects of a task, but rather learn to take pleasure, and find meaning, in the journey itself. In the context of the winery, they asked, and specifically with such arduous tasks as the scraping of cases, how did I find ways to enjoy the moment?

Reading philosophy helped me realize that learning to enjoy our journey begins within ourselves. Camus draws a parallel between the condition of the modern worker to that of Sisyphus: “The workman of today works every day in his life at the same tasks, and his fate is no less absurd.”

As such, if Sisyphus can be happy in his situation, so can we all. Interaction with my fellow employees on the floor of the winery allowed me to see that best workers were happy largely because they recognized their own role in giving meaning to their work and their lives.

Whether it is our fate because the gods have decreed it, or because it is the work we have to do to earn a living, the issue is similar. We do not always control our destiny, but we can control our attitude toward it. In the face of any difficult assignment, we are free to frame our reality, to find our own ways of giving meaning to the job.

One notion I came to understand was that, in the moments where we feel our lot in life is difficult, we are happiest if we can find ways to reframe the work for ourselves (Though I did not use term “reframe” at the time, that is how I refer to it now). It is by redefining our role and purpose that we can find internal motivation, some quest that gives our days more significance than merely performing the required tasks.

As such, I defined two small personal challenges that would color my quest for deeper meaning. First, I would try to surprise my bosses by performing at a higher level than anyone could reasonably expect. At the times when my “fate” was arduous manual labor, I reasoned, I might as well throw myself completely into climbing my mountain as best I could. I developed an inner inclination to perform, a feeling that doing a job well was its own reward. Thinking this way was a great help at getting me through the most difficult of days.

My second challenge to myself was to have a favorable impact on any group I worked with. Since I often changed functions and thus associated with a wide variety of people, my “inner game” became seeing if I could lift the spirits of my fellow workers, wherever I was. When co-workers were bored or dispirited, as we all could be at times, it became my personal quest to make them laugh, or to entertain them by saying something unexpected.

The more I challenged myself to remain positive in trying circumstances, the more I would endeavor to learn everything I could from the most positive workers, to engage them in conversation, to try to understand the sources of their motivation.

Of course, I had not the slightest notion of it back then, but I was discovering a concept that would become one of my fundamental beliefs years later. People who do outstanding work—in any type of job—are usually driven by something within themselves. In coming posts, I will tell stories from some of these self-motivated individuals doing extraordinary work in routine jobs, remarkable people I have either met through my work or interviewed for purposes of my research.