How existential philosophy made me a better manual worker 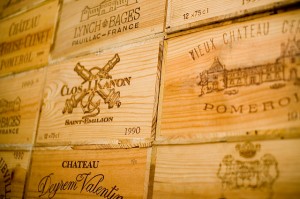 Sometimes, when I remark that I have always enjoyed manual labor, friends and colleagues comment that it is relatively easy for someone like me to make that kind of statement. My experiences as a factory line worker, winery laborer, security guard, painter, delivery person, and such, were all temporary passages in life, rather than jobs I was stuck in for the long term.

Of course, this is true, and that is one of the reasons that I have the utmost respect for those who engage themselves fully in their work—day after day, year after year—even when the tasks they perform on a daily basis may resemble Sisyphus and The Absurd.

In every management post I have held, and in a number of my consulting jobs at a variety of companies, I have made an effort to spend large chunks of time “on the floor” with the manual laborers. Indeed, one of the things I retained from my Bordeaux experience is a desire to feel what life is like for those near the bottom of the hierarchical ladder, and to get to know at least some of them as people.

At the Bordeaux winery, I did truly enjoy what I did each day, though many assignments came with their unique physical or mental challenges. Some tasks, such as corking or washing bottles, were not at all taxing, but they could be quite tedious due to the boredom factor. Others, such as rolling the large barrels or loading trucks all day, could be arduous, even backbreaking, driving employees to exhaustion by day’s end.

In my view, though, by far the toughest of all the jobs was scraping cases.

The winery was a large and renowned enterprise, a traditional player in Bordeaux’s signature industry. The company produced and sold a wide variety of wines under its own well-established label, and these were its principal source of revenue. At the same time, it served as distributor for exclusive wines from some of the most famous chateaux in the world.

These two categories of product were handled quite differently. For example, wines produced in-house were sold in standard cardboard cases of 12 bottles. Chateau wines, on the other hand, came with 6 or 12 bottles in upscale hard wood cases. The name and logo of each chateau property was emblazoned on the top and sides of each case.

The heavy cases from prestigious chateau properties could be reused a number of times. Before a case could be redeployed, though, the logo of the chateau had to be removed. While this may sound easy to do, in reality it was among the most arduous of chores I have ever engaged in.

Many logos were burned quite deeply into the wooden cases. After determining that a case could be reused, we would set out to clean the wood’s surface, applying pressure with razor-sharp hand tools, scraping back and forth, gradually making the logo disappear. By the end of a day of such activity, our forearms were extremely sore and tired from the force and repetition of the required movements.

When I describe all this, I do not mean to imply that we were in any way mistreated, or that the task was unfair. Rather, scraping the cases was a necessary part of the process, the “mission” we dreaded the most. Our bosses understood well the nature of this work, and they would only assign each of us to the scraping station about once a week.

It was while scraping cases that I first saw connections with the existential philosophy I was reading in school. Gazing at a pile of cases to scrape clean before day’s end, and not knowing when others might arrive, was enough to make one empathize with the fate of Sisyphus. Sitting with a colleague or two in the face of a seemingly endless task, I could see a clear choice: one could either surrender to hopelessness and complain about it all, or find a way to enjoy the journey.

Reading Camus’ interpretation of this classic myth, I understood how Sisyphus could be happy. Even while pushing his boulder uphill, in the midst of his absurd exercise, he is nonetheless free to live in the moment, to define his own meaning, to derive pleasure in his accomplishments. He can appreciate every step of his struggle toward the heights, his quest, his purpose.

What I particularly liked about Camus’ form of existentialism was the concept that engagement begins with ourselves. Next time, we will see how the decision to apply this principle to my daily undertakings at the winery would change my approach to work, and indeed influence my worldview.