How to make our brains grow 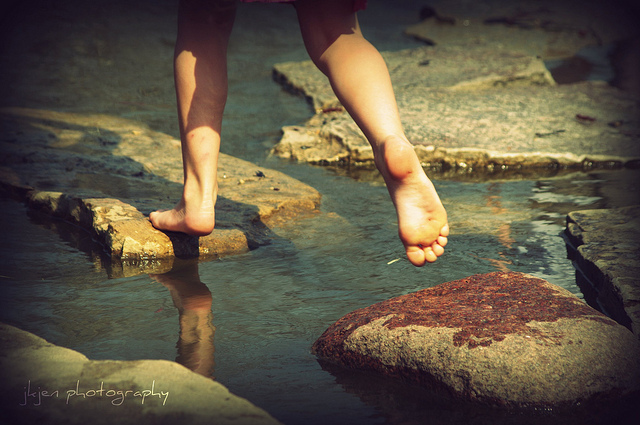 For a long time, I have believed that we learn the most from the tasks we struggle with, as opposed to those that might come easier to us. Of late, I have been reading about the importance of “growth mindsets” on learning. And, I have come to believe that teaching young people mindsets toward learning—character and grit when faced with difficult tasks, for example—may be far more critical to success than the actual subject matters we teach.

It makes intuitive sense to me that we expand our mental capabilities by challenging our brains with difficult tasks. If, as researchers seem to believe, the brain is like a muscle, we make it stronger by exercising it in strenuous ways. Neurologists are able to observe brain activity in astonishing (at least to a nonscientist like me) detail. As such, we know that neural connections deepen the most when we perform difficult tasks that require us to learn from our mistakes and to make considerable efforts to get things right.

In particular, when we have to work hard to master anything that has meaning for us, we grow most quickly. I have found this to be true for any complex skill—learning music, a sport, a language or whatever else one considers.

Proof that the struggle is more important than the outcome: As I mentioned above, my views on challenging our brains to make them grow was based mostly on my personal experience, and somewhat on what I had read about neurology in mainstream newspapers and magazines. So, I read with considerable interest William Alexander’s account of his 13-month effort to become fluent in French.

In his recent memoir Flirting with French: How a Language Charmed Me, Seduced Me, and Nearly Broke My Heart, Alexander describes his quest to master the language he loves. The reader senses clearly that this is a hugely meaningful task for the author, as well as a mighty struggle. And, in the end, he considers that he has failed to reach his desired objective.

But, the intriguing story for me was not one of failure but rather one of unexpected side effects. Alexander’s case is the first one I have read where an individual’s actual experience demonstrates clearly the hidden value of the growth mindset approach to learning.

When Alexander took on the personal challenge of achieving a high level of fluency in French, he was interested in measuring the effect, if any, of his heavy program of study on his brain. So, he sought to evaluate it with two tests. The first was a computerized cognitive-assessment evaluation recommended by a colleague. In addition, he thought it would be interesting to do a second “test”. At the psychiatric research institute where he works, he asked the personnel to take functional MRI (fMRI) images of his brain before starting his language study.

Results of the cognitive-assessment gave the author true cause for concern, and not just about learning French. He came in below average on nearly all categories, and two of the ten areas were “alarmingly low”, as he puts it, placing him in the bottom 10th percentile on composite memory, and in the lowest 5 percent for his age group on visual memory. To say the least, these were not good signs for a 57 year-old embarking on language learning, since such an activity depends largely on the ability to recall words and structures.

The fMRI simply took three composite images of Alexander’s brain as he listened, in turn, to short clips in English (his native language), French (the target language), and Japanese (a language that would remain totally foreign to him). These were to be compared with images from near the end of the study period, to analyze and interpret any notable changes.

Toward the end of his language acquisition project, Alexander repeated as planned the same two tests, and each one yielded some striking results. Where the fMRI from a year earlier had shown neural activity indicating a brain that was processing French and Japanese in a similar manner, the newer one showed a brain that was far more “lit up” while listening to French.

We should remember that the writer states that he has mostly failed at learning French. On the other hand, the effect on his brain seems quite remarkable. In fact, when Alexander retook the cognitive-function exam, his scores showed an extraordinary increase. He was now above average in seven of ten test categories, and average in the other three. For the most important single measure, his overall score had gone from the 55th percentile to the 84th. Conclusion: his year studying French—on face value a failure—had completely revitalized his brain.

What can we conclude from all this? Simply that it should confirm our conviction that the struggle, the quest, and the learning mindset are what cause our brains to grow, at any age.