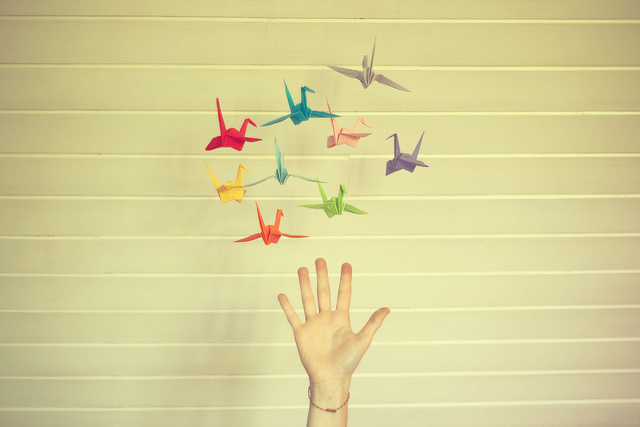 This week, some brief—and a bit more personal—reflections on the value of our mental challenges and struggles, and how they help us develop our mental capacities. To paraphrase Khan Academy founder Sal Khan, modern research is demonstrating that our intelligence is not fixed. The more we challenge ourselves to learn in varying ways, and the more we struggle to acquire knowledge, the more we teach our brains to grow.

In the last post, we saw the story of a 57 year-old man who “failed” at learning French but completely revitalized his brain in the process. The individual in question, William Alexander, discovered the effect of his linguistic struggles by measuring his neural activity and monitoring his cognitive exam scores.

Alexander’s account of the challenges on the road to learning French got me thinking about how we approach learning in general. I have come across a number of articles in the past few years that speak to the concept that character and grit are more critical characteristics than intelligence when predicting one’s success in life. In our schools, we tend to measure intelligence, when perhaps we should be judging a student’s character—in particular the ability to overcome obstacles, respond to failure, or to persevere when things don’t come easily.

How do we develop character and grit? Certainly not by doing the things where we (figuratively) run at the head of the pack, but by taking on the challenges that will force us to grow in new and noteworthy ways.

If I look back at my business school experience, for example, I entered Stanford as a “poet”, which is what they somewhat facetiously called the relatively small group of us that had done undergraduate degrees in the “soft” fields of the arts, history, literature, or social sciences. And, I must say that my greatest satisfactions at the Graduate School of Business came not from excelling in the courses that came easily to me, but rather from the ways I could feel myself growing when I persisted in the classes where I had to struggle—econometrics, finance and decision sciences, for example.

As I gained confidence in my ability to master the more scientific and analytical subjects, I even pushed myself further by choosing electives such as assembly language programming at the engineering school. Advanced quantitative analysis, mathematics and computer programming were my foreign languages, and I was working hard to master them. Of course, at the time I was not able to do the scans of my brain activity that Alexander did to see the possible effects of his French study. Nonetheless, it felt as if I was literally expanding my mind, that I was using previously untapped parts of my brain.

Still, I recall my surprise when I asked Derek Bunn, our visiting professor of probability and statistics, to compare his students in Europe with those at Stanford. He began with this observation: The best students, like yourself, are probably pretty similar in most ways.” What did he mean when he said “like yourself”? While I was arguably one of the better students in some of the “human” domains such as organizational behavior, leadership or marketing, I saw myself as far from the top group in the more quantitative and analytical aspects of our program.

So, I asked Derek why he thought of me as one of his better students, when it was obvious from class discussion that others had a far greater grasp of mathematical theory, and better backgrounds for the type of analysis we were doing. His answer struck a cord with me. The students he considered the “best”, and those with whom he had the most fun and personal satisfaction, were not necessarily the ones who were most familiar and facile with the subject matter, but rather those who work hard, stretch themselves and grow the most.

Today, this is simply part of my world view: character and attitude, particularly one’s readiness to persevere in the struggle to learn and grow, are far more important than talent or intelligence. In my own coaching and teaching, my most satisfying experiences have been with those individuals who reflect, work hard, challenge themselves, and progress the most, regardless of their point of departure.