Is making slides look beautiful worth the effort?

Is making slides look beautiful worth the effort?

Is making slides look beautiful worth the effort?
Posted on May 5, 2019 in Speaking 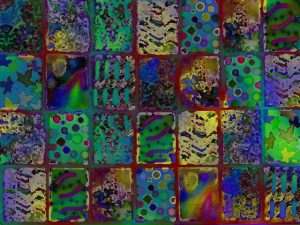 Reflecting further on the theme of adding more dynamism to our presentations, I realize that there is at least one significant concept I neglected to mention in the last entry. In my list of suggestions for breaking the mold of the “show-slides-and-tell” format, I probably should have included this: emphasize content more than form.

Why did I fail to point out this important idea in the previous entry? Perhaps I felt, subconsciously, that our checklist was already long enough. Or perhaps it was simply an oversight on my part when I was writing that post.

In any case, the notion of “focus less on form, and more on content” came back to me just a few days ago, during a telephone conversation with one of my current clients.

Specifically, the chief marketing officer at a mid-sized enterprise I have been involved with for several years related this to me: “I am really not very good at PowerPoint. So, whenever I prepare for an important event, I try to do my slides well in advance. Then, I send them to a friend in the graphics department, and she makes them look nice.”

Hearing this comment caused me to think back to the numerous meetings I have attended at this company. Several of these were annual planning sessions, where each department reviewed current year results and then presented an action plan for the subsequent 12 months. These full-day events were always enjoyable—and indeed often instructional—for me. There was a true team spirit, and it all took place in a friendly and jocular atmosphere.

Another element of these encounters that I remember clearly is that they were replete with observations from participants about the slides of the others. For example, those in the audience would make the following type of post-presentation comment: “I congratulate you on the way your slides were laid out. The design of the screen was really attractive.”

In addition, much of the good-natured joking centered on the look-and-feel of the various screens in front of us. “Wow, nice slide!” one participant might say, and such remarks did indeed happen on numerous occasions. As such, part of the “game” became putting things on one’s slides that were designed to elicit reactions from the crowd at large.

While I mostly considered this sort of dynamic innocuous at the time, I have now come to believe that this somewhat exaggerated attention to form can be dangerous, as it may have the effect of diverting people’s attention from the substance of the underlying messages.

So, I now tell my clients to make sure they focus on content—or indeed substance—more than on form. Rather than making intricate and beautiful slides, I suggest, strive to keep the central messages simple and clear, without the distracting “bells and whistles” around them.

My other piece of advice about how to prioritize content over form is to remember to stay in a virtual conversation with the listeners. As presenters, we should want to keep people listening to us, rather than spending their time admiring our creative use of the screen.