Why “keeping it simple” is never easy

Why “keeping it simple” is never easy 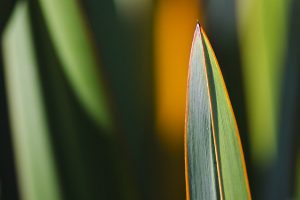 Writing the previous post brought to mind an amusing—but also highly pertinent—tale I read some time ago in the Financial Times. Most specifically, I refer to an Opinion piece by Pilita Clark, published in October 2017.

What Ms Clark recounts is similar to my experience at the conference in Mexico, in several ways. First, she ran headlong into society’s widespread assumption that every presentation will contain a certain number of slides. Second, and as was certainly my case with the Mexicans, Ms Clark felt compelled to give in to the event’s organizers. In the end, she constructed a PowerPoint that met their demands. And third, her experience taught her the importance—and also the difficulty—of keeping such a speech straight and simple.

A mid-career business columnist at the Financial Times, Pitila Clark related that she had received an email a few days earlier, inviting her to speak at a conference in Tokyo. She cheerfully accepted, in particular because the Japanese capital happens to be one of her favorite cities.

By her own admission, Clark spent that morning swanking around the office, informing her colleagues that she was looking forward to a couple of days away, and to consuming more than her share of sashimi and sake.

Soon thereafter, though, a second email landed in her inbox, and this one incited significant trepidation, along with a radical change in her upbeat mood. To use her terms, it contained ”two chilling words”: PowerPoint presentation. The organizers of the conference expected everyone to make one, and they were keen to receive hers, well in advance of the event.

What was the source of this accomplished writer’s sudden panic? It turns out that many journalists, and even some who speak often in public, have little experience using slides. Regarding the requirement to make a PowerPoint presentation, her fear was based in the realization “that I had made it through my entire working life without ever having to deliver one. Nor had any colleague within earshot, because journalists rarely need to.”

Rather than pass up the chance to travel to Japan, Ms Clark sought PowerPoint help from a friend who has the reputation of being a “presentation whiz”. In my opinion, this woman gave her sound advice, particularly in light of Clark’s lack of knowledge in this sort of endeavor. Keep things very simple, she explained, use few slides, big fonts, and minimal charts. Use a lot of big pictures, and tell stories.

In the end, though, Clark writes that the pressure of the situation caused her to revert to a more “standard” approach. As she puts it: “I tried to follow my friend’s advice in Japan, but ran out of time and ended up resorting to an unseemly number of bullet points.”

What I find interesting in Pilita Clark’s anecdote is that it focuses our attention on two major reasons why many slide presentations are boring. First, even for someone with no PowerPoint experience, there seems to be a sort of implicit pressure to conform to “accepted ways”.

In other words, if you show up at a conference with slides that look like those of the other participants, you will certainly not be penalized for “following suit”. On the other hand, if you deviate from the expected format, you do so at your own risk.

As such, it is simply easier—and less perilous—to surrender to the norm. Also, talking the audience through a complex deck of slides with bullet points can lend credibility. In fact, one of the criticisms I often hear of PowerPoint is that it can give the illusion of understanding and control.

Ms Clark’s observations also point directly to the second reason that many slide-based speeches are so boring: needless detail and complexity. The writer readily admits that her own presentation fell into this trap. Under pressure to produce her deck, Clark took the easier road, all the while lamenting that “it takes a lot of time to think carefully about what you want to say and find the best way to say it.”

With this statement, I could not agree more. In fact, the single flaw I observe most in presentations is that people put too much detail on the screen, and that this detail often clouds the underlying issues. As Steve Jobs famously declared: “Simple can be harder than complex: You have to work hard to get your thinking clean to make it simple. But it’s worth it in the end because once you get there, you can move mountains.”