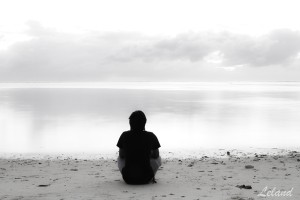 One of the things I like most about writing a blog is receiving messages, comments and suggestions from readers. After last week’s post about Ricardo Semler’s views on idleness, someone wrote to ask if I had seen a TED talk by Pico Iyer called “The art of stillness”.

As I had never seen or heard of Pico Iyer, I first looked up some information about him. In fact, his life had fascinating beginnings. He was born Siddhartha Pico Raghavan Iyer in Oxford, England, the son of Indian parents. His father was Raghavan N. Iyer, a well-known Oxford philosopher and political theorist. His mother, also a noted academic, was the religious scholar Nandini Nanak Mehta. Both his parents grew up in India, went to England for university study, and remained there.

Iyer’s given names form an unusual blend of two philosophical penchants: Siddhartha, the Buddha’s name, and Pico, a reference to the Florentine neo-Platonist Pico della Mirandola. In 1964, when Iyer was seven, his father began working with the Center for the Study of Democratic Institutions, a California-based think tank. A year later, the family moved to California, as his father took a job teaching philosophy at the University of California, Santa Barbara.

As he describes in the video, Iyer is a lifelong traveler, who discovered the joys of traveling on his own as a child of nine. Having convinced his parents that it was better to send him to boarding school in the UK than to the local school down the road in California, he then spent more than a decade flying several times a year over the North Pole, in order to attend schools in Britain. He went on to study at Eton, Oxford University and Harvard.

In his early 20s, he already had his dream job, and a life that most people his age would have considered exciting and glamorous. His love of travel and his writing ability had landed him work as a reporter at Time. As he describes it, his job was enthralling, he lived in an apartment on 5th Avenue, had an office in the heart of Manhattan, and an active social life with a fascinating group of friends.

At the same time, he was troubled by the very aspect of life that he found the most exciting—the pace of the city and his work. He says that he was not able to separate himself from this ideal life long enough to just sit and think, to know if he was truly happy, to connect with the things that really mattered to him: “I was so caught up in the momentum of it that I could never step back far enough to consider whether it was all making me happy in the deepest ways that are most important to me.”

Slowly, he came to realize that it is only in stillness that he—or any human being—can explore life’s fundamental questions.

So, at age 29, he decided to change his entire mode of being in a radical way, to “remake my entire life in the light of going nowhere.” What he had come to realize in New York was that he was racing around so much that “I could never catch up with my life”. He began to question the “perfect” existence he had dreamed of as a young boy.

In this remarkable video, I found some compelling insights that I will certainly come back to in the coming weeks. For now, though, I would like to focus on one specific element: the speaker’s effective use of personal stories of identity.

Pico Iyer shows himself to be a man of deep self-knowledge, whose identity is characterized by two guiding forces—travel and stillness. And, he uses personal stories from his past to explain the origins of each of these elements, as well as the apparent contraction between the two.

To throw some light on exactly where his love of travel stems from, Iyer tells the tale of a nine year-old boy, enthralled each time he took the long flight over the North Pole between England and California. His fascination with flying would grow with each time he boarded a plane. Then, he explains how, riding through a bustling Times Square at midnight on his way home from the office, he had a personal revelation about his deep need for solitude, reflection and stillness.

The transformational moment in that taxi led Iyer to move his life to a place of real quiet, in the form of a single room on the back streets of Kyoto, Japan. There, he has lived ever since, with no car or bicycle, and only rarely using a cell phone. Some of the learning he has done since moving there, and the reflection his observations have inspired in me, will most likely be the subject of several more posts.