Praise for the idle mind 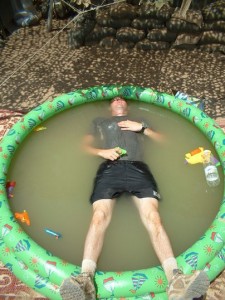 On a long overnight flight this week, I watched a TED talk by Brazilian luminary Ricardo Semler, entitled “Work with no rules”.

Semler is the CEO and majority owner of Semco Partners, a Brazilian company known for its radical form of industrial democracy and corporate re-engineering. His innovative business management policies have attracted widespread interest around the world. His first book, Virando a Própria Mesa (“Turning Your Own Table”), is the best selling non-fiction book in the history of Brazil.

In his speech, Semco’s CEO makes the point that leisure time and idle time are not at all the same thing. We have come to think that the opposite of work is leisure. But, according to Semler, leisure tends to be yet another busy phenomenon for most of us. We crowd our “free time” with a variety of commitments. We go to meet people for lunch, play golf or tennis, go to movies, play with friends in a jazz ensemble, climb a mountain, or train for a marathon.

Semler asks us to stop and consider for a moment the concept that the opposite of work is not leisure but idleness. And, idleness is something we tend to experience less each day in the modern world. For him, idleness is a state we should seek if we wish to live more productive lives. At the same time, very few of us know how to deal with idleness. For most of us, it is a place we rarely go.

Listening to this talk caused me to think about how exceedingly rare it is for most of us to be idle in our increasingly connected world. The bias for action that we find in the business world extends to our leisure time; even at rest, we seem to have a need to be continuously occupied. So, I wondered: Have we indeed lost the ability to be idle? And, if so, is the paucity of reflective time in our lives a direct result of our inability to use idle time effectively?

So, should we allow ourselves to be idle? As a child, I was encouraged to avoid idleness. Teachers and other figures of authority taught us that “an idle mind is the Devil’s workshop”. In this inactive state, we have no particular goal in mind, and thus can be easily distracted. Religious leaders declared that a person who has nothing to occupy him will be tempted by unhealthy activity, even sin.

The concept that idleness engenders nothing good appears to be long-standing and widespread in both religious and popular proverbs. A quick Internet search yielded a large number of variants, including: “Idle brains are the devil’s workhouses.” (T. Fuller 1732); “An idle brain is the devil’s workshop.” (H. G. Bohn, “Hand-Book of Proverbs,” 1855); or “If the Devil finds a Man idle, he’ll set him at work.” (J. Kelly, “Scottish Proverbs,” 1721). Dictionary definitions and synonyms for the adjective “idle” link it with words such as lazy, indolent, slothful, work-shy, sluggish, lethargic, listless, lackadaisical, and good-for-nothing.

To say the least, all of this paints quite a negative picture of idleness, as a state of being. And, this is the view I grew up with.

Later, as a university student, I would discover the work of French writer and philosopher Albert Camus, who had a very different view of idleness. Camus would write that “idleness is fatal only to the mediocre” (my translation of the French, “L’oisiveté n’est fatale qu’aux médiocres.”)

Throughout my adult life, I have come to believe that Camus is right. To me, the “mediocre” people he refers to are those incapable of deep reflection. They do not strive to reach their intellectual or personal limits; they remain average or below average as critical thinkers. If we can avoid the mediocrity of thought, though, idleness becomes a purposeful and productive state, one where we can explore new thoughts, reflect on our experience, and learn.

Ricardo Semler would certainly agree with Camus’ perspective. As he declared in an interview with The Guardian in 2003: ”The bad rap that idleness has is a real problem, because idleness is really the time when you solve problems…It is from idleness that the best things I’ve ever done have come.”