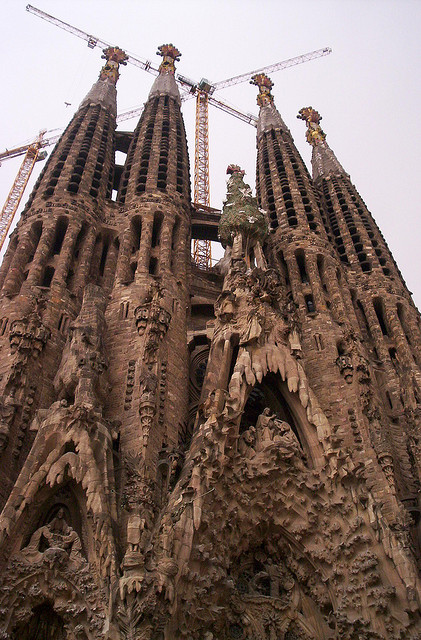 When I began writing about systems thinking in mid July, I thought I would write a few blog posts or perhaps a short article. So, I am somewhat surprised to be still writing about it.

It turns out, though, that I am discovering connections between this concept and so much of what is necessary in organizations today. For example, I am convinced that more widespread systems thinking would help with employee satisfaction, personal development, team building, and alignment.

Whenever I read surveys about employee engagement, I am somewhat shocked by the numbers. For example, in a recent Gallup poll, only 30 per cent of North American workers describe themselves as engaged. This 30% level seems remarkably constant, having changed little during the past decade, according to Gallup. And, workers in the rest of the world are even less engaged than those in the United States and Canada. Only 13 per cent of workers in the 140-some other nations polled described themselves as engaged.

The authors of a report based on the survey were alarmed, and rightfully so. As they wrote: “more workplace engagement is vital to achieving sustainable growth. . . [and putting the] global economy back on track for a more prosperous and peaceful future.”

How can we achieve higher levels of employee engagement? To me, better use of systems approaches may provide part of the answer. When I consider the problem of low levels of worker engagement, I think of the often-told story of a medieval traveler who came upon a man in an open field, systematically breaking huge boulders into smaller stones. The traveler asked the man what he was doing. “Isn’t it obvious,” he answered, wearily. “I’m breaking rocks.”

Moving on, the traveler met another worker performing the same activity in another field. But this man was working somewhat faster than the first. When the traveler asked him what he was doing, he said: “I’m breaking these rocks. When I and the others have cut enough of them into smaller pieces, we are going to build a wall.”

Finally, the traveler met a third man in a third field studded with boulders. Sweating as he worked, this man had a happy smile on his face. “What are you doing?” the traveler asked. Gazing into the distance with a gleam in his eye, the laborer answered: “I’m building a cathedral.”

Of course, this story is already interesting at face value, as it displays the power of engagement in a larger project than simply breaking the rocks. The first worker focuses on the task to be performed, the second on a collaborative effort, and the third on a future dream that he will most probably not see realized in his lifetime.

But, the element of this cathedral tale I truly like is a part I have never heard told, one that involves leadership and systems thinking. It is logical to me that none of these men made up his response on his own. Someone in charge told each one of them about the job. That leader had choices in the way he described the work. He could tell a story of future purpose, or not. He could put the work in a broader context, or not. He could try to give this tedious task a larger meaning, or not.

If much of the world’s daily work does feel mundane, people crave a story to imbue that work with meaning. Positive stories of shared purpose have the power to transform our lives. They allow us to embrace, even revel in whatever work we do.

The person who told the story of a cathedral—rather than simply describing the task to be preformed—must have been something of a systems thinker, even one who sought to encourage systems thinking among his team members. If we could learn to use systems approaches, to describe each individual’s work not in terms of activity but as part of a larger system with a deeper purpose, we could surely improve levels of engagement in our groups and organizations.