A radical idea: putting employee happiness above all else 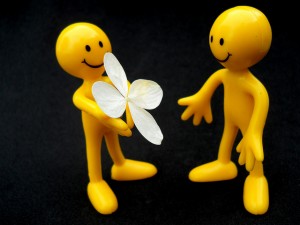 In our previous post, we wrote that from its very first days, Southwest Airlines espoused revolutionary ways of organizing work. Perhaps the most radical notion was one that would become something of a mantra, a baseline element of Southwest’s identity. And, it was a concept that went thoroughly against the grain of common wisdom at the time. From day one, Herb Kelleher himself championed this unwavering principle: Southwest would put employee happiness above all else, including customer satisfaction.

Southwest has remained true to this policy, from its beginnings right up to the present day. In order of importance, they have always put employees first, customers second, and shareholders third. As one of their blog posts on their company culture states: “We believe that if we treat our employees right, they will treat our customers right, and in turn that results in increased business and profits that make everyone happy.”

To fully grasp how uncommon Southwest’s “employees first” policy was at the time of the airline’s incorporation and through its first three decades of phenomenal growth, we might take a quick look back at how the business climate evolved over that entire period.

When I reflect on what I have read about business history, and on the many organizations I have studied, I cannot find another instance of a company that espoused the view in the 1970s that its workers should be given higher priority than its customers. Most businesses in those days tended to emphasize their desire to satisfy clients, in order to build a loyal following.

Moving into the 1980s, the corporate world entered a phase that many expert observers consider to be the true “golden age” of shareholder value maximization. On August 12, 1981, a recently-appointed General Electric CEO named Jack Welch made a now-famous speech at The Pierre Hotel in New York City, a session he called “Growing fast in a slow-growth economy”. This event is widely acknowledged as the dawn of a true obsession with putting shareholders above all other constituencies. Welch was outspoken in proclaiming that the primary aim of a business such as GE should be to provide the best possible returns for the investors.

As such, it is somewhat ironic that Herb Kelleher and the team at Southwest were quietly becoming one of the most profitable companies in America, all the while clinging to the conviction that the corporation’s most important constituents and stakeholders were its own employees.

In a Summer 2004 interview with the magazine strategy+business, Kelleher recounts that when he and the airline started out, there was “a great conundrum” among business scholars, who were debating the question of which stakeholder group should be a corporation’s most important constituency. Who do you put first, your employees, your customers, or your shareholders?

For Kelleher, the answer was exceedingly straightforward. In his words: “You put your employees first. If you truly treat your employees that way, they will treat your customers well, your customers will come back, and that’s what makes your shareholders happy. So there is no constituency at war with any other constituency. Ultimately, it’s shareholder value that you’re producing.”

In other words, one might say that Kelleher believes in the trickle-down effect. If employees are happy and inspired, they will treat customers well, the company will be successful, and profits will flow down to the investors.

So, what results did this scheme—so radical at that time—yield in the longer term?

From a financial standpoint, there is in fact an easy way to judge their results over a three-decade time frame. When Money magazine did its 30th anniversary issue in 2002, they asked a well-known research firm to compile a list of the 30 best-performing stocks during the 30 years since the magazine’s debut in 1972.

Most people, including writers and staff at the magazine, predicted that the top performer would be a hot technology stock, or perhaps a big name in pharmaceuticals, or a global earnings-driven behemoth such as General Electric or IBM. To everyone’s surprise, though, the study showed that Southwest had outperformed every other company in the United States, including those who were famously proclaiming that creating value for investors was their top priority.

Next time, we will look a bit more closely at just how astonishing Southwest’s financial performance actually was, and discuss some of the reasons why it may indeed have its roots in the company’s uncommon employees-first culture.