The psychology of storytelling 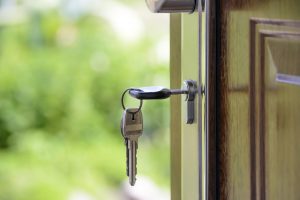 My post from two weeks ago “How personal storytelling builds trust with listeners” (dated 17 February), drew a number of reactions from readers. For example, one person requested that I explain in more detail the psychology of storytelling. Specifically, she asked, how do personal stories build trust with audiences?

A second question that caught my attention concerned the discourse of victorious candidate Donald Trump. If Hillary Clinton was never able to find her voice and tell her personal stories of identity to the world, what about the case of Trump? Can we say that Trump had a personal narrative, and if so how effectively did he use it? This is an intriguing and complex question, one that I would like to come back to at some point soon.

Third, there were several calls for more examples of where Hillary Clinton could have used her personal stories. As such, I was motivated to go back and find some  instances where I would have advised her to use a personal story or two, rather than rely on standard political discourse, or on criticizing her opponent.

These three remarks all represent interesting angles to me, each one truly worth writing about. Thus, I begin today, with a quick discussion of the first point—how personal stories can help a speaker build trust with listeners.

On several occasions, I have written that Barack Obama is a true master at using this type of personal storytelling. No matter how one might feel about the individual or the effectiveness of his presidency, numerous opinion polls indicate that most Americans consider the former president a trustworthy man. From my perspective, part of the reason a majority of people came to feel that they can trust him is that he often revealed himself and his core beliefs through the personal stories he told.

Stories can break down barriers and lighten tense moments: Early in his tenure as president, in November 2009, Obama visited Japan at a time of considerable tension between the two nations. As The Guardian reported in its November 12 edition, “Obama heads to Asia aiming to heal relations with Japan.”

Upon arrival, as the president descended from the aircraft, the tension in the air was indeed palpable. Rather than begin his opening statement by addressing the roots of potential discord between the long-time allies, Obama chose to lighten the mood with a tale from his first visit to Japan, as a young boy. In highly descriptive and mostly humorous terms, he told the crowd of his first wonderful discovery: green tea ice cream. With one simple and well-told anecdote, Obama was able to get the audience on his side, before going on to express his admiration for the Japanese nation and its culture, as well as his desire to strengthen relations.

Personal stories cause us to feel that we know someone and can relate to him or her: In 2008, when candidate Barack Obama spoke of why health care reform was needed in America, he did not restrict himself to fact and logic. He reached people’s hearts by explaining “what I learned when my mother was dying of cancer”. He recalled in vivid terms his battles to get her care covered at a reasonable cost, while the insurers were doing everything possible to refuse their claims. By putting the need for health care reform in the context of his personal struggle with “the system”, he was able to connect with audiences on a deeply emotional level.

Stories build trust because we all experience them as insiders. Think about what happens when a presenter is trying to convince us of anything by using rational argument, facts and figures. We may already know something about the subject at hand, or we may have seen other information that confirms or contradicts the speaker’s point of view. In such cases, we are outsiders looking in at the presentation, often judging and criticizing its logic or factual accuracy.

In contrast, if the same speaker tells a personal story, the entire relationship with the listeners changes. Rather than remaining outside as observers, we come immediately inside. In the two examples above, we are one with the teller. We see life through the perspective of the young boy eating ice cream in Japan, or the son fighting to get proper care for his mother.

For me, this is the great power of personal storytelling. When we come inside someone’s story, we are no longer arguing with the teller in our minds. We experience the anecdote as insiders, and reliving it with the teller engenders empathy and trust between us.