We make decisions based on the stories we know

We make decisions based on the stories we know

We make decisions based on the stories we know
Posted on April 14, 2020 in Storytelling 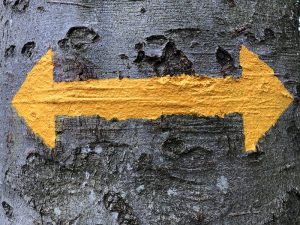 In several posts, we have seen that stories are an invaluable form of knowledge, and not only by virtue of the fact that we remember anecdotes easily. Research in psychology and neurology has clearly demonstrated that narrative stays readily accessible in our memories. Therefore, this form of learning is usable far longer than facts, theories, or rational arguments.

Some of my earlier writings have highlighted the widespread support among psychologists today for the notion that we think in narrative form. In other words, we learn to reflect by the intuitive process of listening to and creating stories. The storytelling instinct stays with us into adulthood, and narrative remains the natural language of the brain throughout our lives.

The more I pondered my former students’ facility for remembering the cases we studied, and for applying what they learned to their work, the more I became curious about the phenomenon of narrative recall. How do the tales we remember aid our decision-making in general? If alumni from my classes seemed to rely so often on narratives they had “seen”, do people in other professions use story-based knowledge in similar ways?

As such, at the time when I was reading about a wide range of narrative issues for my doctoral thesis, I became fascinated by psychological and neurological studies on how the mind functions when we make decisions. In particular, I turned my focus briefly to workers such as emergency health care professionals, who must make their choices rapidly, and often in situations with life-or-death consequences.

My reading, and a series of interviews I held with individuals who work in these fields, led me to some unexpected conclusions. Above all, I was surprised to find a good deal of evidence that supports the idea that narrative knowledge takes center stage in a majority of these decisions.

Annette Simmons, author of The Story Factor, explains that human beings learn to make high-pressure, complex decisions by creating stories and scenarios, rather than relying on systems, procedures, or lists of things to consider. We  rely on story—far more than flow charts, codes of conduct, or lists of rules—to help us learn and master this type of quick-response-under-uncertainty activities.

While this type of argument did indeed make good sense to me, it nonetheless contradicted my previous beliefs about how these people actually do their work. Since doctors and nurses, for example, go through training that is chiefly technical, rational and systematic, I had anticipated that narrative knowledge would play only a small role in their professional lives.

Based on the mostly scientific coursework they do, I assumed that their knowledge and decision-making would have a paradigmatic bias. In other words, I would have thought that they decided mostly according to scientific templates and schemes that they have internalized during their studies and their early years of practice. Their choices, I reasoned, would be methodical, orderly and diagnostic, rather than anecdotal.

What I found was clear evidence that most people in these fields have an approach that is far more narrative than scientific. Far more than the question “What does the theory I know tell me about this case?”, they are more likely to ask themselves, “Where have I seen or heard of a story like this one before?”

I plan to explore these questions a bit further next time.