The Value of Rekindling your Past 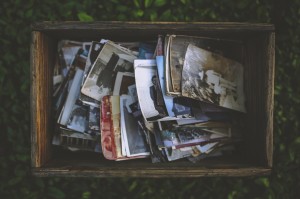 I often joke with colleagues, clients, and friends that we human beings need to learn the same lessons over and over, until we internalize them and integrate them into our worldview. Based on recent experience, this seems to be true for me.

In the past few weeks, with people requesting more of my personal anecdotes, I’ve been reflecting on my time at the winery where I worked for several summers during my student days. I had not thought actively about this phase of my life for many years. So, in essence, I was now “reprocessing the experience”, in more depth than I had ever done previously.

It occurred to me, with some measure of irony, that this exploration led me to feel what clients often express when we explore their life journeys, trying to discover the source of their deepest convictions. In nearly every case, people simply cannot believe the extent to which recalling key moments from the past—and telling stories of the experiences that have shaped their values—causes individuals to re-feel the intensity and emotion that they felt when the key events actually happened.

Typical of client comments to me in this vein are those of Tim Bilodeau, the founder of Medicines for Humanity, whom I coached for more than five years. When Tim reflected on, and told the story of, his taking a stand against injustice when he was a student in Greece, he wrote to me that this reprocessing and telling “brought all the emotion of that event back to me in a truly stirring manner…I found myself thinking and talking about it with more fire and passion than I had expected. The whole process of reflecting, then verbalizing, and then writing about the event, rekindled the passion of that moment in a manner I hadn’t felt for a long time.”

Of course, the power of reflecting and reprocessing one’s life experience is by no means a revelation for me. As I have often discussed on this blog and elsewhere, the “inner journey” exercises, the quest for deeper self-knowledge, the reflection on one’s past with the goal of reprocessing one’s life experience—all of this constitutes a cornerstone of my methodology. It is something I have done for more than twenty years, and with hundreds of individuals of many personality types and varying interest levels in self-exploration. Most of those I have worked with have made similar comments to those of Tim above.

At the same time, even I was surprised by the vividness and the level of detail in the memories that came flooding back to me when I did this “exercise” myself. As I say, I had not thought about this period in my life for many years, and I had perhaps not fully realized until now the impact of what I discovered in this relatively brief—and seemingly unremarkable—period as a manual laborer.

Thinking back to that time caused me to remember, with detail that I did not know I still had in my memory, anecdotes and specific events, along with some of the emotion I felt at the time. In addition, I “discovered” over again how much working there influenced my views and beliefs, providing lessons that I still carry with me today. For example, it was at the winery that I first noticed three distinct levels of engagement among my co-workers, and the wide divergence in attitudes and demeanors among people doing similar jobs.

In particular, I was fascinated by those employees who always seemed to find reasons to smile, even when the work was cumbersome or boring, the ones who took pride in simply doing things well, no matter how small or menial the task. These people seemed to lift up everyone around them with their spirit and enthusiasm.

Looking back on all this, I believe now that it was indeed a turning point for me, the moment in my life where I began to understand how much influence individuals can have in a work context, how even people with no formal authority can cause an ad hoc team’s level of energy and performance to rise. As such, I decided—almost as an experiment—to try to emulate the best workers, to bring energy and precision to my work, and to have a positive impact on those around me.

As we will see in the coming weeks, the result of my efforts in this direction were somewhat surprising, particularly to me.