Philosophy as Food for Life 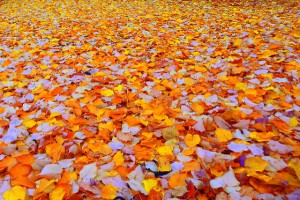 This week, I happened upon an article in the New York Times entitled “Philosophy’s True Home”. The author, Scott Soames, is director of the school of philosophy at the University of Southern California.

Professor Soames weighs in on a debate among contemporary intellectuals about what philosophy’s place should be. He argues against the prevailing view that philosophy is an isolated, “ivory tower” discipline, cut off from virtually every other progress-making pursuit of knowledge—including the “hard” disciplines of math and science—as well as from the actual concerns of daily life. Philosophy’s status as a somewhat esoteric and intellectual university-based discipline should not lead us to the conclusion that it is divorced from the rest of life, the author says.

While my views on the debate about philosophy’s home are perhaps not pertinent to this post, I found the timing of the article amusing. Reading it took me back in my mind once again to the winery, and to Camus’ interpretation of the myth of Sisyphus. It made me think that, in my case at least, I have often felt as though philosophy and life are closely intertwined, and the summers I spent in Bordeaux are a good example.

In a number of ways, it was no doubt fortuitous that I was simultaneously reading existentialist philosophy and working in this new and interesting environment of the winery.

Of course, Camus and Sisyphus were not the only things I was reading during that first winery summer. It just seemed that they had the most application to what I was doing, since certain days of strenuous and repetitive work could feel truly Sisyphean. In very real ways that I plan to write about soon, my emerging philosophical view of human existence made me a far more enthusiastic worker, and a keener observer of people and their approaches to a job.

As such, what appeared to be ordinary student employment became something of a turning point for me, a remarkable time for reflection on a number of fundamental work and life issues. Reading the existentialists while working this tough job changed my outlook on work in general, putting me on the road to some conclusions that would become cornerstones of my worldview.

To me, the story of Sisyphus provides an enlightening statement about the phenomenon of self-engagement. What Camus saw in Sisyphus was not desperation but possibility, the possibility that Sisyphus could tell himself a different story than the one the gods intended for him. Just as the line workers at the winery, Sisyphus is free to create a story not of misery, but rather one of hope and possibility.

As I have written previously, observing my co-workers at the winery led me to think deeply about engagement. Though I did not use this precise term at the time, I clearly saw the varying levels of energy and enthusiasm among employees.

The more I looked around, the more I observed workers exhibiting a variety of responses to a similar “fate”. It was philosophy, and in particular existential philosophy and Camus’ read of Sisyphus, that led me to see that we may not always be in control of our destiny. In other words, we are not the masters of our fate. On the other hand, we are largely in control of our response to it.

It was during this time that I began to ponder why certain people had superior levels of desire, commitment, and performance, even though they were doing exactly the same work as the others. Such questions from my early experience, a curiosity about why some people seem able to keep high levels of drive and motivation even under trying circumstances, have stayed with me throughout my career.