Three lessons we might learn from Hillary Clinton’s electoral defeat 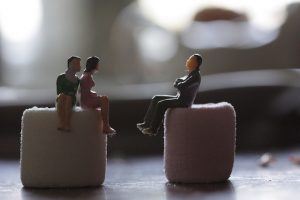 Though I have now written a good deal about Mrs Clinton’s discourse during her campaign for the presidency, several people have asked me recently for a concise overview of what I see as the most significant lessons of her electoral experience. As such, this week’s focus will be on providing a review of the three most important issues I observed.

As I have discussed at length on this blog and elsewhere, I firmly believe that this is a case where a purely narrative perspective can allow us to understand much about the principal causes of her surprising defeat.

Lesson #1: Voters need a narrative. To me, the very first thing an individual running for office must present to voters is a comprehensive narrative that people can truly latch onto. Such overarching narratives provide not only inspiration but also straightforward calls to action. A candidate should give constituents a reason to get out and vote, or better yet, to participate in a movement.

Whatever one may say about Donald Trump, and there is certainly a lot to criticize in his style and rhetoric, his fundamental narrative contained clear and collective calls to action. His most ardent refrain was, “We are going to make America great again.” In addition, his pledge to “clean up the swamp” was effective in tapping into anti-Washington sentiment, something that turned out to be even more prevalent than polls had predicted.

Mr Trump’s slogans and base narrative contained strong, action-oriented images. In contrast, Hillary Clinton’s “stronger together” was verbless and lacking force, difficult for even the candidate herself to articulate.

Lesson #2: Personal stories connect candidates to constituents. While the overarching narrative we allude to above is essential, it is by no means sufficient. Persuasive candidates, those who truly move voters to action, touch people emotionally. As we have seen in several past posts, the best way to touch the hearts and minds of others is with pertinent tales from our life experience. Our personal stories of identity are quite simply our most powerful tools of influence in any context, organizational or political.

When well-crafted and compellingly told, such personal narratives are simply the most effective way for a candidate to connect with potential supporters. It is through our stories that we reveal who we are and what we believe, giving others the basic reasons to know and trust us. In Mrs Clinton’s case, this point is particularly critical, since  voters often cited her untrustworthiness as their principle motivation for rebuffing her candidacy.

A few good personal stories are precisely what could have led voters to believe that they knew something of Mrs Clinton’s character, and that they could trust her. In addition, such tales from her life experience would have counterbalanced the hostile attacks from her opponent. Unfortunately for her, when Mr Trump ranted about “Crooked Hillary”, or claimed that she “lacked the necessary stamina” to be president, her side provided no counter-stories to contradict such assertions.

Lesson #3: Focus on your own narrative rather than on any flaws your opponent may have.

In May 2016, six months before the final showdown with Mr Trump, I listened as Hillary Clinton responded to a reporter’s question about her overall approach to the remaining months of the electoral battle. What struck me most in her response was that she spoke not at all about herself and her connection with the people, or about her vision for America. She said nothing about wanting to tell her story, or about a desire to let the public understand something of her character and values.

Instead, and as was almost always the case, her answer centered on her opponent’s lack of suitability for the job. When asked specifically about how she planned to use the time in front of her, she stated: “I want to spend a lot of my time…really taking on Trump, because I find what he says, the kind of candidacy that he’s presenting, to pose a danger to our country.” Prior to each debate with Trump, Mrs Clinton told the press corps that she wanted her staff and the news reporters to thoroughly “fact check” Trump, as she was wary of his tendency to bend the truth and to make use of his “alternative facts”.

In the final analysis, though, Donald Trump’s character hardly mattered at all to many voters. Nor did his distortion of facts, or his flip flopping on issues. None of these things mattered because Hillary Clinton had no narrative of her own.