Is Joe Biden better than Hillary was at telling stories of identity?

Is Joe Biden better than Hillary was at telling stories of identity?

Is Joe Biden better than Hillary was at telling stories of identity?
Posted on November 28, 2020 in Leadership, Storytelling 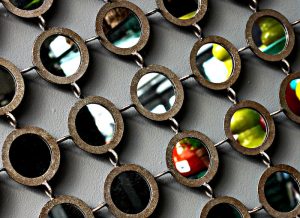 Recently, a fair number of people in my world have asked about how I now see Joe Biden’s use of personal stories. Some were quick to point out that the president-elect had indeed put some personal detail into his public discourse, particularly in the final weeks of the campaign. For example, he told of growing up in a working class Pennsylvania neighborhood. On other occasions, he spoke of the pain he suffered as a father, when he lost his adult son to cancer.

As such, the question of whether candidate Biden did better at storytelling than 2016 candidate Hillary Clinton is indeed a fitting one. Today, my short answer is: yes, in some ways and no in others. Rather than elaborate immediately, I will explain precisely what I mean in the closing portion of this entry.

In fact, writing the last post, about some of the simple stories I would advise Joe Biden to tell, did cause me to think back to the presidential election of 2016, and the  recommendations I made for Hillary Clinton. As I wrote after that election, I am convinced that her defeat was in large part a result of two significant shortcomings in her discourse.

The first of her major mistakes was that she stood more against Trump than for herself. In the months prior to the final vote, we saw her again and again trying to frame the debate in terms of her opponent’s character flaws. While concentrating so much attention on the deficiencies of Mr Trump, she failed to provide the world a clear definition of who she is and what she stands for.

Instead of touting her own vision, Hillary Clinton focused on portraying the horrific prospect of a Trump presidency. This was true both in her public discourse and her spending on advertising. According to the Financial Times, roughly three-quarters of her television ads warned of Trump’s character flaws, particularly his attacks on racial and ethnic minorities, on the disabled, and most of all on women.

The second important element that was missing in her discourse were the personal stories that would have helped the public know her, understand her character, and see who she truly is.

Still four years later, I remember well some of the few in-depth interviews I saw Mrs Clinton give on live television during the months leading up to the election. One strikingly typical example of her discourse occurred on NBC’s Meet the Press in late May 2016. As was often the case, I was left thinking that she had missed all opportunities to tell her own story and express any type of ambition for the nation. Instead of talking about herself and her goals, she chose to emphasize the negatives around her future opponent, Donald Trump, warning of the potential risks of his presidency.

When NBC News commentator Chuck Todd asked Mrs Clinton about what she planned to do in the two months leading up to the Democratic National Convention, she spoke little about communicating a positive vision for America. Rather, she began to sketch out her strategy for the general election: to attack the Republican candidate’s lack of suitability for the job: “I want to spend a lot of my time, as you’ve seen me do, really taking on Trump, because I find what he says, the kind of candidacy that he’s presenting, to pose a danger to our country.”

As I listened to her in a variety of contexts, I was disappointed again and again by Clinton’s public statements and debate performances, since I rarely found powerful expressions of her core beliefs and values, or specific ideas of how she sees the future.

So, why do I believe that my advice to Hillary Clinton remains relevant for Mr Biden as he prepares to take power? In fact, what I would counsel him now is strikingly similar. First, resist the temptation to blame the previous administration. Focusing on Donald Trump’s shortcomings is a negative and losing game, one that will stand in the way of his moving toward a brighter future.

Secondly, if there is any chance of reaching out to Republican partisans in an attempt to unify the country, stories of identity would be among his most effective tools for accomplishing this. While I agree that this notion may appear idealistic in the current environment of extreme polarization, it remains a goal worth striving for. In the next post, I will provide my view of how Mr Biden might take some steps in the direction of unity.

In closing, I return to the question of Joe Biden’s use of personal stories in the days leading up to the election. On the one hand, the candidate did manage to reveal some aspects of his life journey, which certainly is more than Mrs Clinton did in 2016. On the other hand, though, there is a significant difference between referring to one’s life experience and truly using it to explain the origin of one’s values and beliefs. This is another concept that will provide fodder for a future blog.