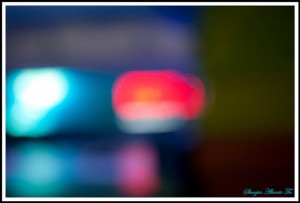 The coaching I do with individuals often involves sifting through their life experience in an effort to identify their core values and deepest convictions. These deep dives into the past then allow us to focus on telling personal stories of identity that express one’s true nature, the values and beliefs that define “who we are”. This type of personal storytelling is among the most powerful tools for inspiring and influencing our groups, in a work setting or elsewhere.

As I described briefly last time, one of the elements I find most fascinating about this process is its Proustian aspect, the moments of self-discovery when people drift into a sort of reverie as they describe watershed moments that have influenced their lives and shaped their character. When someone’s capacity for unpremeditated recall is tapped in this manner, time seems to stand still for them, often causing one reminiscence to lead to another and another.

The Proustian triggering moment I wrote of last time—Otis’s statement about association leading to assimilation that caused me to think of my Bordeaux days—is a good example from my own life. All at once, I dropped into a state of involuntary remembrance and reflection. The memories, and the lessons, from the winery experience came clear in ways that I had perhaps not previously understood.

For example, the conversation where my co-worker Marise talked about the importance of associating with the right kind of people came back to me in all its detail, including precisely how we were sitting, what we were wearing (the standard blue winery worker’s uniform that I had not thought about for years), and what the others around us were doing. The remembering of such specific elements astonished me, in the precise way that a host of clients have told me about on numerous occasions.

When I thought of that particular day, everything came flowing back: the noise of the bottling lines, the sawdust on the ground, the contrasting smells of spilled wine and corks. What had begun as a run-of-the-mill morning, though, took an unexpected twist. I was abruptly taken off a job rolling barrels and assigned to replace a woman who had fallen ill on the bottle capping line. As my mind went back to that moment, I recalled being somewhat disappointed to have been moved away from rolling barrels in the cellar, as that was a physically demanding task that I quite enjoyed.

In contrast, capping the bottles as they passed steadily in front of us on a conveyer belt was one of the less strenuous and more boring tasks on the factory floor. For me, it was only rendered somewhat more interesting by the lively and humorous conversation that these women were good at. It was a group I did not work with often, so I soon began having fun listening in and chatting with them.

In a quiet moment during a break, we were all sitting by our bottling stations drinking tea and coffee. As I mentioned last time, I could see myself sitting next to Marise, and asking her about how she dealt with the boredom of the routine days like this one.

“I’ve been here almost five years now”, she began, “and I find the work environment really good, even if the job can be mind-dulling at times. I think that the biggest decision you make anywhere is who you choose to hang out with. Some people are heavy complainers; being around them makes days go slowly. Others can lift you up with their chatting and banter, and they expect you to return the favor. That can make it much more fun. It’s all a choice. I try to avoid the complainers whenever I can.”

By the time Otis dropped me at the airport, I was deep in reflection about that conversation—and several others—with my winery colleagues. In a true moment of involuntary recall, I had visualized a number of the people I associated with, and how—somewhat by accident and then by choice—I started gravitating to the ones with positive attitudes.