Unexpected revelations from within 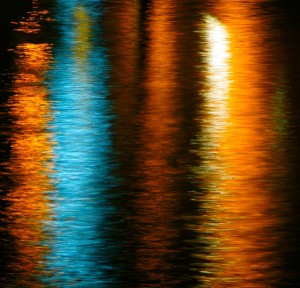 Every so often, I make a discovery—have a revelation, as some would say—that really should not be one. In other words, I am reminded of something that I either have known, or should have known, all along. Such was the case immediately after my van ride to the Denver Airport with Otis in January. My “revelation” was that a small event or innocent conversation can stimulate a long and deep line of reflection, leading to numerous moments of both voluntary and involuntary recall, in a somewhat Proustian way.

Why should this not have been a revelation? Well, if there is one phenomenon that I have experienced over and over with clients, it is their surprise at the discoveries they make when they reprocess their pasts. Whenever I do self-knowledge exercises with people—deep dives into their life journeys to identify and clarify the sources of their beliefs and values—this revisiting of the key events, people, and environments from their lives turns out to be unexpectedly enlightening.

As such, I have often heard from others—clients and seminar participants—that they have not only rediscovered some long-lost, dormant memory, but also that it has caused them to relive powerful moments, rekindling much of the emotion and vibrancy they had felt at the time of the event.

For example, Eric Le Royer, former CEO of the medical technology firm Endosense, is someone I coached for several years and in a variety of contexts. One day over lunch in Paris, I asked Eric what he had learned about cross-cultural leadership during the years when he ran Guidant Technology’s operations in Japan. At first, he focused on the initial frustration he felt when communicating with Japanese subordinates, and how he subsequently learned to respect the subtlety of their indirect discourse.

The stories he told about communication came readily from his conscious,  voluntary memory. After a few minutes, though, he began recounting specific conversations in extraordinary detail. Eric later told me that he had surprised even himself, recalling the subtle nature of precise verbal exchanges, and reliving the curiosity and frustrations he felt at the time. At the end of our lunch, he took a deep breath and said that these were events and situations he had not consciously thought about for many years.

Similarly, when I asked Medicines for Humanity founder Tim Bilodeau in one of our self-knowledge exercises to speak of exactly how it felt as he sat in jail in Greece for having joined a protest against the military dictatorship, it seemed to strike a cord with him. Not only did he relate the experience with considerable passion, he was able to retrieve a remarkable level of complex detail that to me felt Proustian in its thoroughness.

As such, my questions to clients have often been triggers for involuntary remembrances, surprising moments where memories flow from deep below the surface, often with a level of clarity and vividness that the individual had not suspected was there.

In my case, a recent triggering moment came as I was half asleep in the van on my way to the airport in Denver. It was Otis’s remark about how association leads to assimilation that transported me back to the Bordeaux winery, and to one particular conversation. Marise, a woman with whom I worked a number of times on the bottling line, had used strikingly similar language, advising me that the most important decision one makes in this type of workplace involves the people one chooses to associate with.

Neither Otis’s comment nor my co-worker’s statement about association were extraordinary. Connecting them in my mind, though, set off a somewhat extraordinary reaction. To my surprise, memories of my time in Bordeaux seemed to come rushing back from the far recesses of my mind.

As such, I realized once again how much of our life experience is buried deep inside us, waiting to be explored, or perhaps reawakened by a madeleine dipped in tea, by a probing query, or even by an innocuous remark. And, once our involuntary memory is triggered, we human beings have a remarkable ability to bring back faces, names, conversations, situations, or events that had been mostly lost to our conscious memory.