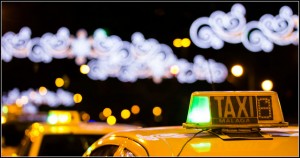 This week, I had a bit of a difficult time deciding what to post about. There is certainly a lot more to write on our current theme of co-creating positive team cultures, the example of the Benfold, and applying its lessons to other types of organizations and endeavors.

In addition, I continue to come across fascinating material on how work is changing. Every day, we seem to be moving more and more to a world of constant connection, greater emphasis on collaboration in our organizations, jobs where multi-tasking and managing interruptions are simply expected behaviors.

At the same time, one might argue that the most critical work in our knowledge economy comes from deep, reflective, and creative thinking. How can we use modern technology—and benefit from our smart devices—while still managing to do the deep, reflective, creative work that is so critical to innovation and progress?

In recent years, I have come to see balancing these two conflicting needs as the most important challenge for today’s worker. Electronic distraction and constant collaboration both pull us away from the type of concentration it takes to master a difficult discipline or tackle a challenging problem.

All of this has been floating in my head, and of course I plan to revisit these themes in the months ahead. This week, though, I decided to recount a chance meeting from my recent travels.

After several days of skiing last week with a group Argentine friends in Colorado, I left my cousin Horacio at the airport in Denver for his midnight return flight. Since my plane was scheduled for early the following morning, I chose to stay in a nearby hotel with regular van service to the departure terminals. Getting up to catch the first shuttle on Saturday, I found myself the lone passenger in the vehicle. It was there that I met Otis, the driver.

Otis mentioned that he had been awakened abruptly at 4 a.m. by a phone call from the hotel. One of the employees had fallen ill, leaving them a driver short. I asked him how he felt about coming in so early on one of his days off, and he replied: “Oh, no big thing”, he said with a broad smile. “Just happy to be working, and to be able to still pull myself out of bed after all these years, to do my part when I’m needed.”

For much of my life, I have been fascinated by people who do physically demanding jobs, or work crazy shift hours, all the while managing to keep a positive attitude, particularly if they perform relatively thankless service tasks. So, I ignored my newspaper and smartphone email to learn something from this man.

Otis left his job as a municipal maintenance worker and snow plower for the city of Denver at age 64, several years ago. Since that time, he has driven this airport shuttle. He came from a poor family, had little formal education, but a lifetime of experience and reflection. As our conversation evolved, he proved to be an opinionated and articulate speaker, a true pleasure to interact with. And, during our 10-15 minute ride, he would come out with a number of true gems of wisdom concerning how to stay happy at one’s job and in life.

When I inquired about how he could be so positive about rising unexpectedly at this early hour to come in and drive: “You know, here we are in Denver, the famous Mile High City. But, I like to say that, no matter where you are in the world or in your life, your attitude determines your altitude.”

He had already impressed me with this clever turn of phrase, and that was to be just the beginning. I told him that I had traveled quite a bit, lived in a number of different parts of the world, and worked or consulted in a wide variety of organizations. Oftentimes, I have run into people who are discouraged by their work situations. And, virtually all studies and surveys of the past three or four decades point to employee disengagement as a severe problem worldwide.

My words seemed to touch a nerve with him. He responded softly, but firmly and confidently: “You know, most of these people, the ones who can’t be happy just to be healthy, to have a decent job and to be out in the world, I say what they really need is a check-up from the neck-up. It bothers me that so many people blame someone else, the employer, the situation or whatever.”

He went on. “Most of the time, we need to take responsibility, to look closer at ourselves. Look at your hand; when I point a finger at someone else, there are at least three other fingers pointing back at me. Think about that.”

Now, trying to be somewhat objective, I must be considered a difficult audience for everyday philosophy about the workplace, leadership, management, or employee motivation. As someone who has spent several decades reflecting on workers and managers—as a participant in business myself, but also as a university professor in this field—I have heard vast numbers of individuals express their views. And, while I enjoy listening to almost all of it, there are not many occasions when a chance encounter causes me take note, to record on the spot what my partner in dialogue is saying.

Otis was that rare exception. What impressed me most about his words was the sense that these were not stock phrases, superficial clichés, automatic or conditioned responses. One feels that these were things that come from deep within, concepts he had thought through for himself, and that they had become the aphorisms that truly guide his life.

At the airport, he leapt out of his van, eager to help with my somewhat cumbersome skis and suitcase. I shook his hand, happily gave him probably the largest tip he had ever received, and hurried off into the still dark morning to check in for my flight.