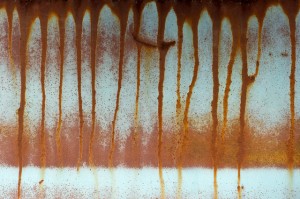 Since people often ask me for specifics about how to co-create, with their teams, stories of “how and why we do things differently”, this week I offer an illustrative anecdote from the Benfold.

When Captain Abrashoff took over command of the ship, he began by interviewing members of the crew in his quarters, to get to know each one of them. He asked broad questions about where they were from, why they joined the navy, and where they wanted to go in life. In addition, though, the commander wanted to know specifically what they thought were the most gratifying aspects of life on the Benfold, and the most frustrating.

From his numerous conversations, Abrashoff drew up a list of every practice on the ship. He then divided those practices into mission-critical activities and non-value-added duties, particularly those that the crew found tedious.

To the sailors, one of the most demoralizing—and most time-consuming—of all their activities was chipping and painting. Because ships sit in salt water, they readily rust; as such, chipping and painting has long been a standard, traditional task imposed on the least senior crew members of any naval vessel. Every few months, the youngest sailors—the ones Abrashoff wanted most to connect with and engage in his “we are different” story—were spending entire days sanding down rust and repainting the ship. Everyone saw this as a huge waste of time and physical effort.

After hearing the same complaint over and over, the commander decided to do a quick investigation. He found that virtually all the Benfold’s components—from the stanchions and metal plates to the nuts and bolts—were made of ferrous (iron-based) material. At a cost of under $25,000, the captain had everything—down to the smallest nut and bolt—replaced with stainless steel hardware. He then found a commercial firm that used an innovative process—baking the steel, flame-spraying it with a rust inhibitor, and applying several layers of paint—which was guaranteed to last for 30 years. As a result, the sailors abandoned the drudgery of chipping and painting, and they were free to invest far more time in learning the truly critical aspects of their jobs.

And so, by engaging the sailors in a true dialogue, Abrashoff was able to use their suggestions to drastically reduce a number of the tedious chores that provided little benefit for their common mission and overarching goal: combat readiness.

Together, captain and crew were able to take many useless tasks—procedural items that did not contribute directly to combat readiness—out of the system. Removing many of the non-readiness aspects of the job allowed the crew to spend more time on learning how to use the ever-evolving, sophisticated technology in the combat-information center, and on rehearsing war scenarios on the computer system.

Working to define their difference: On most ships, standard operating procedure determines how things happen. On the Benfold, sailors came to know that “It says so in the manual” was not an adequate explanation for why they did things in a specific way. Abrashoff instructed his crew to ask “Why?”, and to propose better procedures whenever they could think of them. As the captain puts it, his policy of always asking “Why?” became ingrained in the culture, and it rippled down through the ranks.

Substance rather than procedure: To Abrashoff, of course, the substance of what people do on a warship every day must be combat readiness. At the same time, the substance of their work also became forging the group’s culture: treating everyone with respect and dignity, collaborating to search for better ways of doing things, and helping people feel good about what they are accomplishing together.