The road to self-engagement: part 1 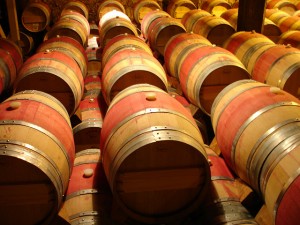 As we have seen in the recent example of Captain Abrashoff and the crew of the Benfold, effective leaders can engage team members by providing—even co-creating—a sense meaning in the workplace. In the case of Abrashoff’s battleship, the crew was able to achieve a form of discipline that stemmed from relentless focus on a shared purpose. People had a clear sense of doing something that transcended their individual work, of participating in a worthwhile team effort.

During the week, an insightful reader asked a question about what she sees as a different form of engagement in the example of Otis, my inspirational van driver from Denver. Of course, it is all well and good to speak of connecting individuals to some larger purpose, or defining a quest that transcends the work itself. But, what about people whose work has no apparent inner meaning?

In the case of Otis, one can certainly argue that his work has no obvious larger purpose. He has always been a manual laborer, not a man on a particular mission, or part of a group of individuals with aspirations to change their organization. Yet, he seems fully committed to striving for excellence in whatever he does; he is also extremely self-aware, and undeniably reflective about the world around him. Some might say that he is simply leading himself, practicing his own form of “self-engagement”. How is it that he manages to stay so focused, positive and self-motivated?

For most of my life, I have been a great admirer of manual laborers, particularly people who do physically demanding jobs, or work long and ill-timed shift hours, all the while managing to maintain admirable levels of enthusiasm.

Long ago, as a university student in France, I had a fascinating lesson in self-engagement. For several summers, I had the good fortune to work at a large winery in Bordeaux. I was thankful for the remuneration that helped pay for my studies, and for the exceptional cultural experience. Perhaps most important, though, were the lessons I would learn about life and work.

The pool of manual laborers to which I belonged carried out a variety of tasks that our supervisors would assign to us each morning. Often with a small team, I would move to one of a number of diverse jobs in the caves and warehouses. For example, on a given day I might be found filling bottles, washing empty glass, corking and capping the wine, cleaning up spillage, preparing cases for shipment, rolling barrels in the cellars, loading trucks, or delivering wine to stores and restaurants.

The variety of the work meant that days could be fascinating, or easy and free-flowing, or strenuous to even back-breaking, or repetitive to the point of boredom. Since much of my activity involved working and taking breaks with others while performing such diverse tasks, there were perhaps 40 or 50 people I collaborated with—and chatted with—during my time at the winery. As such, one of the phenomena I discovered was the wide divergence in attitudes and demeanors among people doing similar jobs.

One set of workers, a majority I would say, were happy just to be employed. Many of these, though, were simply performing a function in which they were often not fully engaged. A significant number of others were disgruntled employees, who often complained about their assignments, or about the working conditions. To be fair, many of them were quite clever and funny; their grumbling often took the form of banter and joking, but I saw it as thinly-veiled complaining nonetheless.

A third contingent, relatively small, consisted of employees who always seemed able to find reasons to smile, who simply got on with the work, even took pride in what they were doing. These were the workers who would lift up everyone around them with their spirit, particularly on the most strenuous or boring days.

Often, I would wonder why certain people had superior levels of desire, commitment, and performance, even though they were doing exactly the same work as the others. Such questions from my early experience, about why some people seem able to keep high levels of drive and motivation under trying circumstances, have stayed with me throughout my life.

Of course, there can be no concrete or research-based answers in such matters. What insight I feel I may have gleaned in this realm comes from a somewhat unlikely source—my undergraduate study of literature and philosophy. That is what I plan to discuss next time.