Even a superficial personal narrative can be compelling: Part Two 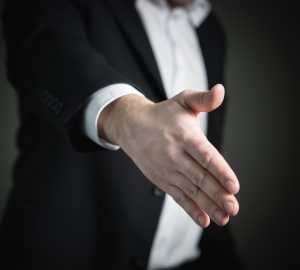 Continuing on our theme from last time, it should be clear to anyone reading this that I have lamented the dearth of personal storytelling in the last US presidential election. As I have long been convinced that stories of identity are a leader’s most persuasive form of self-expression, I was surprised to see it employed so infrequently.

Though I have been critical of both candidates for their the underuse of personal storytelling, I see nonetheless a clear difference between the two. In Hillary Clinton’s case, I observed mostly a multitude of missed opportunities to tell her personal stories of identity. When I listened to her, I heard no examples of speaking forcefully about who she is and what she truly stands for.

As I have said and written on various occasions, I can claim no particular expertise as a political pundit. I did, however, alert my audiences in the months prior to the election that I saw Clinton running the risk of losing, despite her significant lead in the polls. The warning sign I saw was precisely the absence of any type of personal storytelling in her discourse.

In the weeks leading up to the final vote, she redoubled her efforts to frame the debate in terms of her opponent’s character flaws and shortcomings. If she were to lose this election, I thought, it would be because of a failure to define herself, a disinclination to use her personal stories of identity to express clearly her own core beliefs, values and vision. Again, I do not see myself as any sort of prophet, but I do believe that this is exactly what happened to her.

Mr Trump, on the other hand, deserves some plaudits for the frequent repetition of a small number of simple stories of identity. Here is my paraphrase of some of his core ideas:

—I will make lots of great deals. I built an extraordinary business on relationships and deal-making. I make deals that benefit all parties involved, always. Everybody wants me to negotiate; that is what I am known for. With my deal-making skills, we can break the Washington gridlock.

We don’t make great deals anymore. We will once I become president. We have terrible trade deals in the United States, because we have not negotiated well. I will get us better agreements with our international partners. I will negotiate deals that are more favorable for this country, and for you.

—I am a businessman. This country needs to improve conditions for stimulating business, for creating more and better jobs. I will not only create new jobs; I will keep America’s jobs here, for American workers.

—I am not a career politician. I can clean up the corruption, “drain the swamp” in Washington. Only I can do this, because I come from outside the system.

From a narrative perspective, what he says has some merit. It is discourse that leans heavily on some aspects of his life story, and these elements offer insight about who he is and what he stands for. He also puts forth a vision for change, firmly rooted in the personal and professional experience he brings to the presidency.

Once again, I emphasize that my aim here is neither to praise nor to criticize the candidates, but rather to draw some conclusions regarding their use of personal stories of identity. From that perspective, one must admit that candidate Trump did have a basic narrative that remained constant throughout the campaign.

On the other hand, to me this personal narrative was lacking in depth. It is what I often call a “surface” narrative, certainly not an impressive execution of my concept of “leading by autobiography”. Had I been coaching Mr Trump, I would have tried to train him to tell specific, detailed personal anecdotes from his life experience.

For example, I would have liked to hear stories of one or two particular deals, with some self-reflection and insight into exactly how they helped him learn about negotiating and decision-making. More generally, what were some of the key moments, events, people and decisions that shaped his world view? How will the lessons of his past serve him as he becomes the nation’s chief deal maker?

In the next entry, we will see that Donald Trump’s discourse was widely criticized, even ridiculed, by much of the mainstream media. At the same time, we will explore some of the reasons why his simple narrative resonated so well with some important voter groups. In addition, we will look at some of the issues he may have as tenure in the White House moves onward.