Even a superficial personal narrative can be compelling: Part One 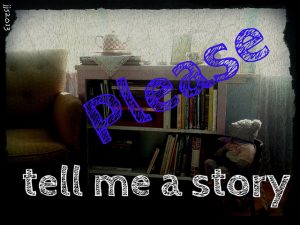 In the past weeks and months, I have put forth on several occasions my opinion that neither Hillary Clinton nor Donald Trump had used personal stories of identity particularly well. By this assertion, I mean their discourse was far from the standard I would set when I speak of truly “leading by autobiography”.

One of the concepts at the center of my work and study is that the most effective leaders speak from the heart about the issues that truly matter to them. They use their personal stories in ways that make them credible and inspirational to others. For an example of how powerful leading by autobiography can be, we need look no further than Barack Obama. Whenever he campaigned for office, Obama was able to use this type of discourse to mobilize his constituents.

In his keynote speech to the 2004 Democratic National Convention, Obama made a profoundly personal statement that was simultaneously infused with broader significance about his country. “My parents,” he stated, “shared an abiding faith in the possibilities of this nation. They would give me an African name…believing that in a tolerant America, your name is no barrier to success. They imagined me going to the best schools in the land, even though they weren’t rich, because in a generous America you don’t have to be rich to achieve your potential.”

His remarks concluded with a strong, positive image, connecting his own life’s tale to that of his country: “I stand here knowing that my story is part of the larger American story, that I owe a debt to all of those who came before me, and that in no other country on Earth is my story even possible.”

Throughout his career, the former president used his personal stories—uplifting and aspirational talesgarnered from his life experience—to move voters to action. His skillful use of narrative contributed greatly to each of his electoral successes.

With the example of Obama so close at hand, how can one explain the paucity of personal narrative in the campaign of Hillary Clinton? She had observed firsthand—both as his opponent and then as his ally in government—Mr Obama’s ability to influence people with this type of discourse. As such, I was astonished that she failed to use this rhetorical device in her recent campaign. Where were the stories from her heart, the tales of her life’s learnings, of the values and beliefs that are truly important to her, or the uplifting and inspirational stories of the future she envisioned?

When I watched her speeches, these are the elements I was waiting for, and I found none. As I have stated on a number of occasions, both during the campaign and after the election, I saw Hillary Clinton’s inability to clearly express who she is and what she stands for—to tell her personal stories of identity—as perhaps the principal factor in her demise at the polls.

Lest one accuse me of being overly harsh with one of the candidates, I should state once again that I have no particular allegiance either to Mr Trump, or to Mrs Clinton. As usual when I observe politics, I was rooting for each of them to show signs of leading by autobiography. What I like to see in public officials is an ability to use the tales from their life experience, stories that give listeners a clear sense of who they are and what they stand for.

When I state my conviction that Hillary Clinton’s greatest failure was as a storyteller, some people ask (predictably): “What about Trump? Where was his narrative?” That is the question I will address in the next post, where I will demonstrate that Mr Trump did indeed present voters with something more personal than his opponent did. What surprised me in CNN’s recent reporting from Middle America was the extent to which his relatively superficial use of his personal stories had a significant impact on the minds of these voters.