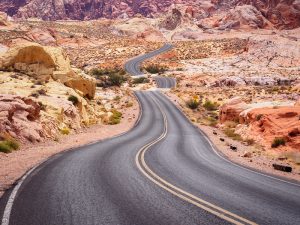 On June 12 of this year, I happened to see CNN’s Fareed Zakaria interview David Gergen, a professor of public service at the Harvard Kennedy School.

Gergen has the rare distinction of having served as a White House adviser to four different presidents, both Republicans and Democrats. In that capacity, he was a close confidant to individuals with widely divergent styles and characters: Presidents Nixon, Ford, Reagan and Clinton. With such vast experience advising his nation’s top leaders, Mr Gergen appears often on US television, in discussions of politics and leadership.

In the show I watched on June 12, my favorite moment came when host Zaharia asked his guest to describe the most important characteristics of a leader. Gergen’s response was one that I had heard him make on several occasions previously. The essence of his message is that, first and foremost, leaders have to be teachers. Often, they make their decisions and then need to bring other people around to their point of view.

Why was this my best-liked exchange between the two men? The concept of leader as teacher fits neatly into my recent reflections and writing about Nelson Mandela. In fact, I consider the third vital element of Nelson Mandela’s plan for uniting South Africa around the Rugby World Cup to be precisely what David Gergen describes. In essence, this entire “rugby for unity” project could not have succeeded had Mr Mandela not acted as the teacher who showed his countrymen the way.

To follow Gergen’s line of thought, Mr Mandela is indeed a fine example of a leader who first envisions what has to be done and then persuades those around him.

From the time he was released from his now famous cell on Robben Island, Nelson Mandela had a clear vision about what kind of country he wanted to help build. When he became president, he had to bring people around to a mindset they would not have discovered on their own.

From Mandela’s perspective, the lessons he sought to teach his constituents were significant ones, and they were largely those he had come to understand in prison. In the early days of his presidency, he began telling his people—and his own ANC party in particular–that this was not a time for vindictiveness or revenge against white South Africans. Rather, it is together with the Afrikaners that we should build a better future.

In this vein, preserving the Springboks emblem for the national rugby squad was a crucial issue. Those on the National Sports Council who advocated banning the mascot were acting from a posture of vengeance. Their stated intent was to wipe away all traces of the former apartheid regime. Moreover, their attitude was the predominant one among the black population in general.

As such, the Springboks issue was a moment when the president put himself on the line for his beliefs, even when it meant taking a stand against popular opinion.

For Mandela, saving the Boks mascot was truly a teachable moment, a time when he thought he needed to show people the way. He knew that if they were to succeed in building a rainbow nation, they would have to include the Afrikaners. One of the best ways to win them over, he thought, would be to allow them to keep their favorite sport and its symbols.

Throughout the 1995 World Cup, President Mandela displayed a remarkable knack for understanding and using the power of such symbols. And, his own actions led the way by embodying the story he was telling the world: that apartheid was over, that forgiving the past and working together was the path forward for all South Africans.

Next time, we look a bit further at how Nelson Mandela’s time in an Afrikaner jail cell helped him become such an extraordinary teacher and leader. In coming posts, we will also look more closely at his use of symbol and why it was so effective.