Exceptional people of influence do not have extraordinary pasts

Exceptional people of influence do not have extraordinary pasts

Exceptional people of influence do not have extraordinary pasts
Posted on July 30, 2015 in John's reflections, Leadership
0 Comments 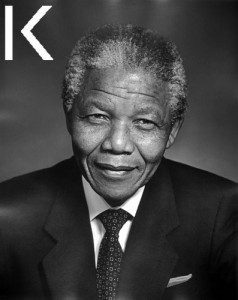 Exceptional people of influence do not have extraordinary pasts. What they do have is an extraordinary ability to learn from and to use the lessons of their pasts.

Some would argue that a “crucible” life event—some severe test or trial—can be transformational. In the end, though, it is the individual’s reflection on the event, and not the event itself, that leads to the transformation. The example of Fred Olsen that I referenced in the previous entry caused me to ponder again the best story I know of reflection and transformation: Nelson Mandela.

By his own account, South Africa’s first post-Apartheid president considers his time spent in prison as the turning point of his life, the circumstance that allowed him to grow into the leader he became. In his jail cell, he reflected as never before, about his past life, about his desire to become a better person, and about the need to eschew anger and vengefulness. He was able to achieve “the most difficult task in life…changing yourself.”

In 2001, Mandela described this personal change to Oprah Winfrey in the following terms: “Before I went to jail, I was active in politics as a member of South Africa’s leading organization—and I was generally busy from 7 A.M. until midnight. I never had time to sit and think. As I worked, physical and mental fatigue set in and I was unable to operate to the maximum of my intellectual ability. But in a single cell in prison, I had time to think. I had a clear view of my past and present, and I found that my past left much to be desired, both in regard to my relations with other humans and in developing personal worth.”

Biographer Rick Stengel, when asked about the origin of Mandela’s remarkable ability to influence others, gave an unflinching and enlightening response: “The key was his prison experience. Prison was his great teacher…27 years in prison…he went in as a hot-headed tempestuous young man, and he came out steeled, self-controlled, measured…He understood that he had to project tolerance, forgiveness. And that helped prevent a civil war in South Africa. It helped unify that country.”

If this long incarceration was indeed the defining incident of the future president’s life journey, the important part of the story was not the event of going to prison, which was a common occurrence for anti-apartheid activists at that time. Countless thousands have gone to prison in similar circumstances and not transformed themselves as Mandela did. As such, the interesting part of the story is Mandela’s processing of his prison experience, and his ability to use its lessons.

Rather than let the experience discourage or embitter him, Mandela was able to turn it positive. The work he did on himself during those prison years transformed him into the man who would emerge as South Africa’s president, and a worldwide symbol for justice and fairness.

While I would not contend that everyone can lead on the grand scale of a Nelson Mandela, I often tell the people I coach and teach that we can all learn from his example. Through lifelong learning and reflection on our own life experience, we can all become people of greater influence in our organizations and our worlds.

Recently, I have come across research that demonstrates how even small doses of reflective time can have a favorable impact on job performance. Finding ways to get moments of reflection into our lives also leads to increased job satisfaction and better communication. So, why can’t we just decide to do this? I’ll address some of these issues next time.