The importance of slowing down to reflect 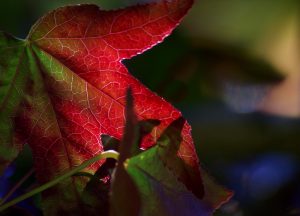 Over the past few posts, we have seen that Nelson Mandela’s quiet reflection in his prison cell led to a radical transformation of his entire way of thinking. We have also observed that it was Mr Mandela’s unique approach to incarceration that allowed him to redefine the entire experience of being a prisoner.

When I ponder the quiet resolve of this exceptional man, and the personal growth he achieved in the bleak environment of a correctional facility, it makes me think of the philosophy of the ancient Stoics.

Without going too far into the detail of stoic thinking, which flourished throughout the Roman and Greek world more than two thousand years ago, suffice it to say that they had a unique perspective on the trials of life. In particular, one of their core principles is exceedingly relevant to our discussion of Mandela, and to our lives in general. Succinctly stated, the Stoics made an everyday practice of reframing obstacles as opportunities.

What I admire most about stoicism is the straightforward notion that we can face even life’s most trying moments by electing to do the best we can, where we are, with what we have.

Stoic thinker and best-selling author Ryan Holiday suggests that anyone can benefit from applying some of the enduring principles of these ancient philosophers. In The Obstacle Is the Way: The Timeless Art of Turning Trials into Triumph, Holiday states: “In life, it doesn’t matter what happens to you or where you came from. It matters what you do with what happens and what you’ve been given.”

While I am far from an expert in the stoic credo, I have used this one basic tenet over and over in my work and my teaching. In any situation—no matter how taxing or stressful—there is a mindset that can help us survive, prosper, and even turn many of life’s misfortunes into advantages.

For example, I once found myself in a Massachusetts hospital for more than a month, with a condition that required nearly constant intravenous medication. As luck would have it, this fell upon me at one of the busiest moments of my career, when I was general manager of a small and growing enterprise.

Though I initially viewed this moment as an unfortunate interruption to my professional life, I slowly came to the realization that I could use that time to do the deep thinking I rarely had time for in daily life. Among other things, I reflected on how I could evolve as a manager, about improving our group’s culture, and about how I could communicate more clearly with my colleagues. In the end, I was able to benefit greatly from this process of reflection, a habit I developed during a period when I was forced to slow down.

In a similar vein to Mr Mandela, I gleaned some of my most crucial life lessons during this period of forced inactivity. It was perhaps then that I began to truly understand the value of slowing down, and of building reflective time into any busy schedule. Though I did not know it at the time, this was knowledge I would use extensively later in life. Indeed, showing others the usefulness of reflection and self-exploration became a cornerstone theme of my teaching and coaching.

In Mandela’s case, my view is that he—perhaps unknowingly—took on the strong-minded and creative posture of the Stoics when he molded the “setback” of prison into one of the most productive times of his life. He turned a circumstance that most others would have considered a distressing twist of fate into an opportunity, a respite from his frantic life as a freedom fighter, and perhaps the first chance of his career to do some truly deep thinking.

In coming posts, we will return to the idea of reframing adversity as opportunity, and how we can all apply it to our own lives and work.

Quote: although “Do what you can, with what you’ve got, where you are” is widely attributed to Theodore Roosevelt, he credits it, in his Autobiography, Chapter IX, to Squire Bill Widener of Widener’s Valley, Virginia. Source: https://www.theodorerooseveltcenter.org/
Tags:Mandela, reflection, Ryan Holiday, self-exploration, slowing down, stoicism
Share this article: