Experience versus reflection on experience 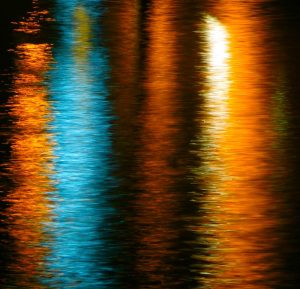 In a number of recent entries, we have noted that Nelson Mandela’s most consequential personal experience, the event that changed him in deep and fundamental ways, was his 27 year incarceration. As both Mandela and his biographer concur, prison was his great teacher.

At the same time, we should not lose sight of an essential truth, one that has long been fundamental for me in the work I do. While this man’s remarkable transformation happened during his time in jail, its catalyst was not the incarceration itself. Rather, the reshaping of Nelson Mandela’s personality—and his outlook—stemmed from the reflection he was able to do in his prison cell.

If I insist on highlighting this distinction, it is quite simply because it constitutes one of the major truths I have observed throughout my career. In each of my roles—researcher, professor of leadership, public speaker, coach and manager—it is a concept that has come back again and again: The events of our lives matter far less than the way we process those events.

For President Mandela, what counted so heavily in his personal development was not his imprisonment but rather the way he was able to transform his tenure as a prisoner into an opportunity for learning and growth.

It is no doubt ironic that imprisonment provided the key ingredient that had long been lacking in Mandela’s frenetic life—time to sit and think. As he pondered his past and looked toward the future, he was able to put his entire existence into perspective, and he decided to embark on a radically different path.

It was this reflection on his actions and attitudes up to that point that led him to some decisions about how he would use the time in jail. In fact, there are a few fundamental ways in which Mr Mandela approached his prison experience differently than others.

First, he adopted a demeanor that was truly unique among his peers. He refused to see incarceration as an obstacle to achieving his objectives, and he did not dwell on blaming the apartheid regime or his white oppressors for his fate.

Second, he elected not to allow the white guards, who typically treated inmates as nothing more than cattle, to humiliate him. To the amazement of his colleagues, the more his Afrikaans captors used brutal and inhumane tactics to break him, the more he responded with calm, dignity, and fortitude.

As time went on, the former terrorist even began reaching out to the other side. Despite the stark ambiance of the prison, Mandela recognized the value of fostering relationships with his jailers. He sought to know them on the most basic human level, learning their language and questioning them about their customs.

In the end, he developed relationships of trust—even friendship—with many of the white workers he met, something that probably could not have happened outside of a penal institution. Thus, an unexpected benefit of his incarceration was that it gave Mandela the chance to live closely with a group of Afrikaners, and he came to appreciate them and their ways.

Third, and most importantly, the future president viewed his prison term as a moment to work on improving himself. It was his reflective time behind bars that led him to choose pacifism and reconciliation as a policy, rather than hatred and violence. As such, upon his release, he surprised many of his countrymen by espousing pacifism and promoting unity.

It was in his jail cell that Nelson Mandela decided that hatred toward the enemy was not a solution. It was also during his imprisonment that he learned to speak calmly and forcefully about his vision for a new South Africa, in ways that would inspire those around him. In other words, he acquired the demeanor of the teacher and statesman who would go on to lead his nation so skillfully.