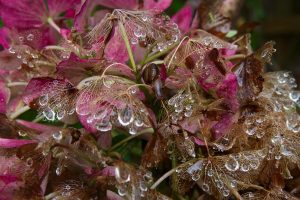 Last time, we observed that among the most critical roles Nelson Mandela played during his presidency was that of a teacher. If he was indeed able to effect profound change in post-apartheid South Africa, it was largely due to his skill at explaining to others the advantages of following a new path.

Therefore, it would make sense for us to turn our attention to understanding how this remarkable leader forged himself into such a serene and even-tempered educator. Doing so will allow us to glean lessons that can be useful in our own lives and work.

First and foremost, any discussion of how Mr Mandela discovered the peaceful power of teaching must begin with his time spent in jail. In recent posts, we have seen quotations from both Mandela and his biographer, each one asserting that going to prison was the event that transformed his life.

When he entered prison in 1964, Nelson Mandela was a hot-tempered, militant freedom fighter, a terrorist firmly committed to violent resistance. The man who walked free some 27 years later was entirely reshaped—measured and moderate, with the thoughtful calm and the masterful negotiating skills of a seasoned statesman.

In his tiny cells on Robben Island and other correctional facilities, the radical and uncompromising guerrilla warrior slowly evolved into a self-controlled and diplomatic individual, and also an extraordinary teacher.

Before delving further into the reasons behind such a remarkable transformation, though, there is a small but significant point we should emphasize. Despite Mr Mandela’s conviction that it was his long stay in prison that changed him, my view is somewhat more nuanced.

If his long internment was the defining episode of the president’s life journey, the vital part of the story was not the incarceration itself. Indeed, going to jail was a relatively common occurrence for militant activists who stood against South Africa’s apartheid regime. While many shared the same prison walls with Nelson Mandela, others did not experience their detainment in the way that the future president did.

In Mr Mandela’s case, the fact that he spent many years behind bars is far less interesting than the choices he made about how he would use this time.

Rather than become despondent or fatalistic when faced with such a trial, Nelson Mandela chose to focus on the possibilities in front of him. For example, he understood that he could use his jail term as a time to slow things down.

As he described to Oprah Winfrey in 2001, “Before I went to jail, I was active in politics as a member of South Africa’s leading organization—and I was generally busy from 7 A.M. until midnight. I never had time to sit and think. As I worked, physical and mental fatigue set in and I was unable to operate to the maximum of my intellectual ability.”

As such, Mr Mandela decided to reframe his prison stay, turning it into a respite from the frantic life of a full-time freedom fighter. As he explains: “In a single cell in prison, I had time to think. I had a clear view of my past and present, and I found that my past left much to be desired, both in regard to my relations with other humans and in developing personal worth.”

It is this sort of deep reflection about his life experience that led to this man’s truly remarkable personal transformation. The profound thinking he finally had the chance to do put him on the path to becoming a first-rate statesman, educator and leader.

As he considered his past life and his “relations with other humans”, he decided to open himself up to learning about those around him, particularly his Afrikaner guards.

In the end, incarceration afforded Nelson Mandela the possibility to reflect intensely and thoroughly, not only about himself but also about the road forward he envisioned for South Africa.