How Amazon uses story to engage its managers 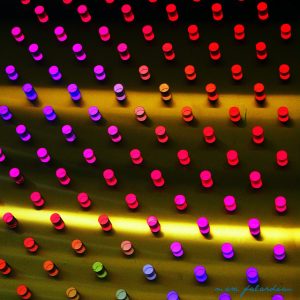 Our last blog entry ended with the assertion that Winston Churchill and Jeff Bezos share a deep appreciation of the power of narrative. As we will see in future posts, their approaches, their contexts and their focus are different in a number of ways. Nonetheless, it is clear that both of them tackle the act of storytelling with diligence, rigor and passion.

Churchill’s reliance on narrative is exceedingly well documented. It also happens to be something that I have seen in considerable detail, having researched this remarkable public figure for my doctoral thesis. One voice in support of the prime minister’s oratory prowess is that of biographer William Manchester, who states that Mr Churchill was successful in convincing the British public largely because he told a compelling story.

For his listeners, Churchill painted vivid images of a positive future, inspiring Britain to rise up and participate—either physically or vicariously—in the war effort. He is commonly viewed as a rare master of verbal persuasion because he was able to portray the type of virtual pictures that move people to their core.

At first glance, Bezos’ love of narrative would seem somewhat less likely. After all, one can argue that Amazon is the ultimate modern technology firm, an enterprise whose decisions are driven by scientific use of algorithms and “big data”.

In fact, data gathering is at the core of Amazon’s business practices, and certainly a major reason for their phenomenal growth. The company gleans mountains of information from the customers who browse its website, based on a straightforward selling principle: The more they know about us, the better they can predict what we might be interested in purchasing.

This trove of customer information has allowed Amazon to build, streamline and personalize what is certainly the most proficient recommendation engine that has ever existed. Not only do they suggest products based on a customer’s own patterns of browsing and buying, the company has also pioneered and mastered a system of “collaborative filtering”. This means that the algorithm decides what it thinks you want by building up a picture of who you are, and then offering you products that people with similar profiles have purchased.

In light of Amazon’s highly sophisticated systems for gathering and using customer information, one might imagine that analytics and data would rule the day in all aspects of the company, including meetings and management practices. But this is certainly not the case, and Bezos often notes that, for many decisions, one should heed the narratives more than the raw information. He states, for example, as quoted in a recent Financial Times article: “We have so many metrics . . . and the thing I have noticed is that when the anecdotes and the data disagree, the anecdotes are usually right.”

So, if Mr Bezos is indeed a fan of narrative, how and when does Amazon utilize it? We may examine this question further in a forthcoming post. For now, though, let’s focus on one element I particularly like, concerning the design of management meetings. To cite a passage from this year’s letter from the chairman to the company’s shareholders, “We don’t do PowerPoint (or any other slide-oriented) presentations at Amazon. Instead, we write narratively structured six-page memos.”

Many meetings begin with what Bezos refers to as  “a kind of study hall”. Participants sit in silence and read the memo in question, one that an individual or group has written for the explicit purpose of narrating the agenda of the meeting.

When I first read of Amazon’s policy of narrating presentations rather than putting on “slide shows”, it truly hit home with me. While I have never specifically employed the written six-page narrative that Bezos advocates, I have long encouraged my clients to jettison slides.

In fact, many of the companies I work with have made meetings more productive—and far less boring—by limiting the use of PowerPoint and encouraging speakers to truly connect with attendees, using story-based discourse. In the next entry, I will explain this in some more detail, and write a bit more about the similarities between Jeff Bezos and Winston Churchill.