Story is what connects unusual pairs of effective leaders 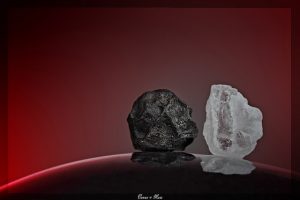 In the previous post, I referenced my doctoral research—specifically my use of  “unlikely pairs”. During those years, in fact, I was quite fond of considering duos of effective leaders who would seem to have little in common at first glance.

Among my favorite examples of this approach is one I spoke of in my TED talk, juxtaposing the abrasive narcissist Steve Jobs and the soft-spoken consensus builder Nelson Mandela. With each surprising twosome, I would challenge myself to find something that was similar in their approach to leading. Was there anything—despite their apparent differences in personality, style and conduct—that could in fact connect them in some way?

Recalling my utilization of this form of inquiry came about not because of a random reprocessing of my life experience. Rather, it was precipitated by an article I discovered while browsing through the website of the Financial Times.

At first, it was the title of the FT piece, “Memo from Amazon: tell a good story”, that caught my attention, not surprisingly given my long-standing interest in organizational storytelling. Beyond the headline, though, I was drawn in further by the opening line: “Jeff Bezos and Winston Churchill do not have much in common…”

My initial thought was: What an interesting—and highly unlikely—pair. Since the period of my aforementioned research, I have remained fascinated by this sort of juxtaposition. As such, I wondered about what specific aspects of these two individuals the writer would focus on, and what perspective he would use to argue that the Churchill and Bezos do indeed have something in common.

Bezos and Churchill are unarguably men of unusual achievements, which should lead us to believe that we might learn something from their unique experiences.

Mr Bezos founded a company that is among the most remarkable success stories of our age. In addition, he is now thought to be the wealthiest person in history, with a net worth of more than $100 billion, according to CNBC. For his part, Mr Churchill is credited with leading one of the most extraordinary events of the last century, stopping the “inevitable” fall of Britain to the daunting Nazi forces in the Second World War.

If we consider the two men side by side—in terms of personality, behavior, leadership style, or domain of influence—we are struck more by their apparent differences than by any possible similarities.

Mr Churchill was known for his eloquence, for a truly extraordinary sense of humor, and for the inspirational radio addresses that galvanized the entire country. He led with a high-profile style, putting himself in the public eye regularly, often as a lonely voice of hope at one of Britain’s most trying times. His expansive, optimistic public declarations were a key element of his project to rally a downtrodden nation.

In contrast, Mr Bezos keeps a relatively low profile for someone of his stature in the world of business. His public image is that of a reflective, quiet leader. He meets with Wall Street analysts and Amazon investors for a total of only six hours a year. Instead, he focuses internally—on building a customer-centric corporate culture, and on empowering the company’s employees.

So, beyond their obvious differences, where do the Amazon founder and the legendary British war hero find common ground? In the end, what this unlikely duo shares is something that applies directly to my own work, and something close to my heart.

Each in his own way, these two men truly understand the importance of narrative. They both see a well-constructed and well-told story as the best device for inspiring any group of listeners or readers. Beyond sharing this affinity, though, each also shows a deep grasp of two of the concepts I emphasize most often with my clients. First, they recognize that the best stories are characterized by their simplicity, and second, that constructing a clear and straightforward story takes meticulous preparation and practice.

We will most definitely return to these two crucial concepts in the weeks to come.