Reasons to Smile at Work 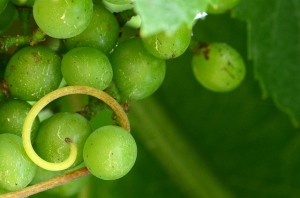 These days, several elements seem to be conspiring to encourage me to extend our “visit” to the winery of my student years. First, my own reprocessing of this period from my past continues to yield surprises, and that has indeed been fascinating for me. Second, I am finding the lessons from this time more interesting and important to my current thinking than I had previously realized. And third, coincidentally, what I picked up on the floor of the winery relates well to some of the issues I have been reading about lately in the press, particularly with respect to self-engagement.

Of course, I had no idea back then that I was learning so much that would influence my worldview. At the time, I was simply thinking about earning some money for school, and learning from the often fascinating interaction with my co-workers in a culture new to me, that of blue collar workers in France. In addition, and in retrospect somewhat ironically, any life plan I may have had during my student years certainly did not involve pursuing a career working for businesses or other types of complex organizations. In my mind, I was on a path to becoming a teacher or freelancer in a variety of creative endeavors that my studies were preparing me for.

Today, I am realizing that those working summers were in fact a critical moment in my development, as it was the first time I was conscious of working in an organization. While I had done a good deal of manual labor previously, including some arduous tasks—rebuilding an abandoned ski lodge, for example, or painting houses and cabins in the hot New England summer sun—the winery was a different kind of experience.

As an employee—and observer—of a large and thriving enterprise, I was directly involved in, or witness to, a wide variety of conversations. Since I had never seen such an environment before, I developed an acute curiosity about relationships in this type of business: interaction among workers, with managers, and even with the “big bosses”, who spent most of their day in the offices upstairs, and sometimes came to visit us down on the “floor”.

Unbeknownst to me, this was a time that would begin to shape my views on worker relations, motivation, engagement, and the role of managers. I started asking questions about human motivation in general, and in some ways I have kept going in that direction ever since.

In addition, I believe it was the first time I encountered people in positions of authority whom I had a desire to emulate, mostly because of the way I saw them relate to their subordinates. But these bosses are not a subject for today. They would merit a blog post of their own, perhaps one I will write soon.