Science vs. story: which approach is the most useful for learning? 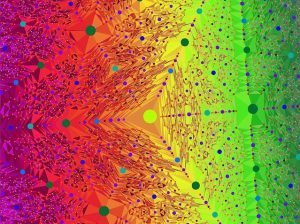 In the past weeks, I have written about my students’ capacity to recall, with high levels of precision and detail, many of the stories and lessons from the cases we studied. Moreover, over a period of some twenty-five years, I have been continuously surprised by the frequency and the insightful nature of the communication I have received from former students.

This ability to recall and use the information from our case studies is the single element that would do the most to turn me into a forthright proponent of narrative-based learning. As mentioned above, I have now collected more than two decades of feedback from those who attended my classes, and their remarks demonstrate just how long a good story can remain in one’s memory, and in usable form.

In my early years as a business school professor, I taught marketing, and then leadership, following models that my French colleagues considered traditional, even “classical”. For them, this meant presenting information mostly in the form of lectures, using slides or writing key concepts on a blackboard. We read textbooks, discussed scholarly articles, watched video interviews with business people or academic authorities in the field of management.

While I enjoyed the challenges of preparing and teaching this way, I look back on it now with questions about its value. For example, why were there only rare cases of former students coming back to tell me that they were actually using our lessons in their jobs? Or, why did we never achieve the levels of engagement I would feel later, after I made the conversion to a more narrative-based approach?

It is indeed true that the radical improvements we were able to make had little to do with me as a teacher. In fact, before the change I was—and I would like to say this humbly—one of the most respected and popular lecturers at the school, with consistently outstanding results from both from students and my faculty evaluators. So, I do not believe that I became a “better” teacher, but perhaps merely one who discovered methodologies that would prove more useful for the students.

In hindsight, the positive changes had mostly to do with the case method, which led to heightened levels of attention from the individuals and the group. It also provided new and fascinating challenges for me, as I discovered some novel approaches to managing a classroom.

As I wrote in the previous post, my interest in using the case method fit nicely with my doctoral research, which increasingly involved storytelling, and narrative theory in general. In this vein, one of the fascinating distinctions I found myself contemplating was the difference between narrative thinking and paradigmatic thinking.

By way of brief explanation, one of the great projects of the 18th century Enlightenment was to replace narrative knowledge with scientific (or paradigmatic) knowledge, which was said to be the only “legitimate” form of knowledge. With the emerging emphasis on science to provide rational and objective analysis of all things, narrative ways of knowing were widely discounted and distrusted. This effort to reduce all knowledge to analytic propositions reached its peak only recently, in the late 20th or early 21st century.

Among psychologists today, though, the tide may truly be turning. In fact, a growing number of researchers are proclaiming the value of narrative knowledge, suggesting that people actually think in story form, rather than in logical or rational forms. This change in attitude is happening because studies are increasingly showing that it is by the natural process of creating stories that human beings effectively learn to think.

Next time, I will provide a bit of the evidence about the tendency of human beings to think in narrative form.