How Martin Luther King prepared himself to improvise 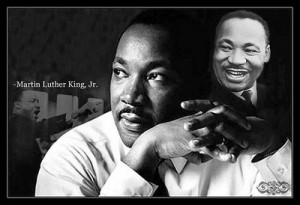 Recently, as I was reading through some notes I took about Martin Luther King during my doctoral study, I was reminded that much of his prowess as an orator was crafted in moments of creative spontaneity. Dr King was indeed a master of finding inspiration in the moment, often reacting to an audience with fervor and enthusiasm, altering his words and his voice to fit the situation.

At the same time, it would be a mistake to underestimate the role of preparation and deliberate practice in Dr King’s success. He forged himself as a leader and speaker through a dynamic combination of preparation and improvisation. In fact, it was his many hours of mindful practice and preaching experience that gave him the confidence to branch away from his prepared remarks and speak from the heart.

If there was one defining moment in Dr King’s rise to prominence as both a national and world figure, it came on the afternoon of December 5, 1955 in Montgomery, Alabama. Four days earlier, Rosa Parks, an African-American woman, had refused to yield her seat to a white man on a Montgomery bus. Since segregated busses were the law in Alabama then, she was arrested and fined.

The African-American community was both enraged and energized, though somewhat divided about what actions to take. While nearly all factions were in favor of organizing a boycott, some individuals advocated more active and violent avenues of protest as well. It was in an environment of great tension and uncertainty that Dr King was thrust to the front of the stage.

When he was hastily chosen as president of the emerging boycott movement, Martin Luther King Jr. was a relatively unknown 26 year-old local pastor, at Montgomery’s Dexter Avenue Baptist Church. As fate would have it, events were moving quickly, and Dr King would have less than 20 minutes to organize a few thoughts before making his initial remarks to the group. At that time, this type of extemporaneous speaking made the Reverend King uncomfortable; he was most used to composing and delivering tightly structured sermons to his congregation.

Biographer Taylor Branch points to his first speech to the organizers of the Montgomery Boycott as the event that “made [Martin Luther King] forever a public figure”. As he had so little time to prepare, he simply spoke from the heart of his deepest convictions, rather than from a polished and practiced text.

Suddenly on stage in this tense situation of political drama, and in front of the largest audience he had ever faced, Dr King’s confidence grew as he began to sense from the crowd’s reaction that his speech was well received. As he continued to improvise around his core concepts, his message became increasingly personal and powerful. He would later reflect on the power of this combination of preparation and improvisation: “I came to see for the first time what the older [preachers] meant when they said, ‘Open your mouth and God will speak for you.’”

Whether or not one believes God was speaking for him, Dr King was experiencing the power of ad libbing around his themes, of speaking from his inner voice, and of having the self-confidence to deviate from his prepared remarks.

Of course, Martin Luther King’s most celebrated moment, the one the entire world remembers, occurred at the March on Washington of August 1963, when he first articulated the “I have a dream” theme. What most people today fail to realize is that this famous speech also contained significant elements of improvisation and rhetorical happenstance.

Even his repetitive use of “I have a dream” was not planned; it was rather a reaction to his audience’s response, the rhetorical “accident” of an inspired instant. As journalist Tim Harford wrote recently in a recent Financial Times article entitled “Why everyone should give a TED talk”, Dr King’s “greatest moment as a speaker — the second half of ‘I have a dream’—was unscripted. Sometimes the improvised response is more powerful than a prepared speech can ever be.”

In fact, if Martin Luther King had stuck to his script, we might never have known about his dream at all. Next time, we will look a bit more deeply into that.