How teachers can have a lasting impact

How teachers can have a lasting impact

How teachers can have a lasting impact
Posted on July 12, 2019 in Storytelling 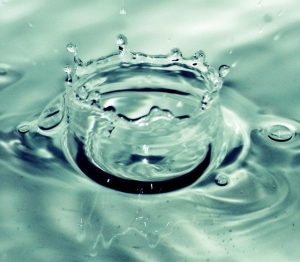 The previous post closed with a question I have been ruminating for many years, and in a variety of settings. How can a teacher have a lasting impact?  In other words, how does one leave students with lessons and concepts that they will remember, and really use?

When I was an MBA student at Stanford in the 1980s, I had occasion to attend the sessions of some eminent lecturers, men and women who were extremely good at holding our interest and entertaining us. Without being critical, though, I often wondered what we would retain from their classes, and how much their lessons would serve us in our future endeavors.

As such, years before I read the work of the renowned artificial intelligence specialist Roger Schank, I already shared his notion that the best teachers are those who do more than simply engage us in the moment of contact. They also leave us with something memorable and lasting, so that we might retain it, and even come use it later in our lives.

In the last post, I wrote briefly about some of the research of my doctoral years, which included investigating the relationship between story and memory. The clear conclusion of the extensive reading and interviewing I did was this: We remember story far better and far longer—and usually in far greater detail—than any other form of discourse. What we learn in a narrative format tends to stay in our minds, while fact and rational argument often quickly fade away.

During the six years I spent writing my thesis, I had the good fortune to be teaching diverse groups of graduate students from around the world. Consequently, my classroom became not only a place of learning about management but also a fascinating setting for testing the relationship between storytelling and memory, on a continuous basis.

For example, my research was causing me to think that I should introduce narrative approaches—and use them frequently—both in lectures and group discussions. When I began by telling my own personal stories in class, it was with a good dose of hesitation and shyness. At times, I even felt that I was going too far in the direction of telling tales from my years as a manager and organizational consultant. The evidence would prove, though, that my reticence to use such narrative was indeed misplaced.

As I moved more and more in the direction of teaching this way, what truly surprised me were the reactions from the students, who were telling me that they found tales from my personal experience both fascinating and useful. Further, at the end of each term, all participants in the course would fill out comment forms. Even on occasions where I thought I had gone too far with narrative, where I expected to see observations such as “the teacher told too many of his personal tales”, I never once received this sort of remark. Rather, the single criticism that surfaced time and time again was, “I wish the professor would have told more of his stories”.

Telling relevant anecdotes from my personal experience was only the beginning, though. It was also during this time that I became increasingly enamored with the case method as a teaching tool. While I had of course used cases fairly often both as a student and as a teacher, I was now moving steadily in the direction of using this methodology almost exclusively in a majority of my classes.

Using the case method as the basis for all learning in my classroom was met with significant skepticism by my bosses at the French business school, where I taught Leadership and International Marketing Classes. In the final analysis, though, it turned out to be a decision that yielded remarkable results. We’ll look at all that some more next time.