The making of Nelson Mandela as an outstanding communicator and teacher 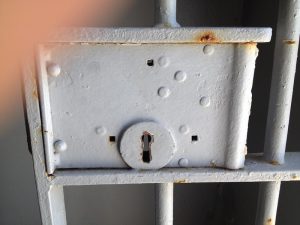 In my experience as a student and teacher of leadership, I have found Nelson Mandela to be a rare phenomenon—a former head of state who seems to enjoy nearly unanimous approval and admiration throughout the world. Moreover, historians and political pundits often cite him as one of the most effective statesmen in modern times.

As such, when I began my tenure as a professor of leadership at the Grenoble Graduate School of Business, I became curious about Mr Mandela. In particular, I set out to research the sources of his remarkable ability to influence those around him, something that he did in profound ways that truly changed the course of his nation.

My research led me to one overarching conclusion, and it was directly in line with what we saw from leadership guru David Gergen in our previous post. The more I read about Nelson Mandela’s life, and the more I listened to his speeches, the more I became convinced that much of his ability to lead came from the fact that he was simply a world-class communicator and teacher.

To me, one of the most fascinating aspects of this man’s atypical journey is precisely how he evolved into the statesman, the leader and the teacher he became. In essence, much of his ability in these areas was the result of an exceedingly profound personal transformation, and most of that transformation happened in a small prison cell.

When he was sentenced to life imprisonment in 1964, Mandela was a hot-tempered, militant freedom fighter, considered a dangerous terrorist by the white community. The man who would walk free some 27 years later was entirely different—moderate and measured, possessing the thoughtful calm and the masterful negotiating skills of a seasoned political figure.

By his own account, Mr Mandela’s time in prison was indeed the turning point of his life, the experience that allowed him to grow into the leader he would become. In his jail cell, he took the time to think in ways he had not before, about his past life, about his desire to become a better person, and about the need to eschew anger and vengefulness. He was able to achieve, in his words, “the most difficult task in life…changing yourself.”

Biographer Rick Stengel endorses this assessment wholeheartedly. When asked about the experiences that forged Mandela’s personality, his response was both unflinching and revealing: “Prison was his great teacher… 27 years in prison… he went in as a tempestuous young man, and he came out steeled, self-controlled, measured… He understood that he had to project tolerance, forgiveness. And that helped prevent a civil war in South Africa. It helped unify that country.”

Indeed, when Mandela was set free after his 27 year incarceration, he had come to see clearly that the path forward was one of forgiveness and reconciliation. At the beginning of his term as president, one of his major problems was that a vast majority of his constituents simply did not share his vision for the future of South Africa.

For example, when President Mandela spoke of his desire to build a rainbow nation, or to preserve the Springboks as a national symbol, he had considerable difficulty convincing a vindictive black majority. In their minds, the road ahead did not include extending an olive branch to their Afrikaner “oppressors”.

On numerous occasions, I have asked my classes and audiences why they think Nelson Mandela had trouble persuading the masses to join in his dream of building a new nation, a land of tolerance and inclusion. In these discussions, I invariably end up joking that his time in jail had left him out of step with the mainstream black population. The problem, I tell these groups, is that the president was speaking to people who had not enjoyed the “benefits” of a lengthy stay in a house of detention.

In fact, I am only half-joking when I claim that spending a long time in a penal institution has its advantages. Indeed, one of the lessons we learn from studying the life of Nelson Mandela is that much of what he accomplished as president would not have been possible without the experience of prison.

As we will explore more thoroughly in the next post, incarceration provided Mandela the time and freedom to simply sit and think. It is his reflection there that engendered the self-transformation that turned him into a world-class leader and teacher.