How to make stories of purpose work in any organization

How to make stories of purpose work in any organization

How to make stories of purpose work in any organization
Posted on April 10, 2015 in Leadership, Storytelling
0 Comments 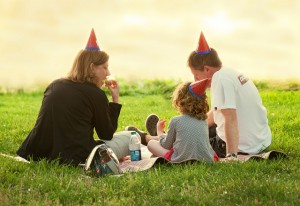 As I wrote in a recent post, one of the questions that invariably come up from any of my public or corporate audiences is: “Can this stuff (engaging employees with stories of purpose, or ‘cathedral’ stories as we have sometimes called them) work in any type of enterprise?” In particular, people often ask about companies whose activity is in a less-than-glamorous, mundane realm, or in a business-to-business (b-to-b) environment.

An example of a relatively unglamorous commercial activity with repetitive tasks in a b-to-b setting is beverage distribution. In many such businesses, delivering cases of drinks to stores and restaurants is a demanding job, and one that varies little from one week to the next. Since I have seen a number of these companies first hand—having run one myself for a decade and consulted with a variety of others in various parts of the globe—I sometimes cite examples from that world to support my views on organizational storytelling.

With respect to inspirational storytelling—the crafting and telling stories of deeper purpose—it is something that does indeed work anywhere, for three reasons that I see as central to the human condition and to the modern workplace.

First of all, people seek to find meaning in their daily activity. Numerous studies have shown that meaning and purpose are the number one reason for engagement in the workplace. In particular, surveys are increasingly finding that younger workers, those from the “millennial generation” are motivated more by purpose than by financial reward or career advancement.

Showing people meaning at work is often as simple as reframing the job to help people see how they are impacting the world around them. When delivery people, for example, are told that they have tasks to perform, cases to deliver, stock to rotate, or performance goals to meet, they often tire of the routine. Tell them instead that the company is striving to build the region’s best service organization, and that they are among the most important contact points between the business and its customers. Right away, the story has more meaning, the workers come to see themselves as more valued, and their attitudes and performance can improve dramatically.

The second reason that stories of deeper purpose can work virtually anywhere is that people simply want to be part of something, to participate in some type of broader mission or goal. In the book Culture Jam, Estonian filmmaker and activist Kalle Lasn argues that the promise of belonging is the most powerful narcotic in the world. This “narcotic” becomes all the more potent when leaders can provide groups with a “who we are” story that takes them beyond their individual sets of tasks and objective.

People who work on trucks delivering cases perform their daily tasks in isolation. As such, it can be something of a challenge to provide a sense of group unity. However, I have found that simply feeling part of a quest or a team effort is, in most cases, more than sufficient.

Together with their teams, managers should strive to build stories that put the daily routine in a broader context. For example, beyond performing our work, we are a group of excellence in service, and we want to be known as such. Build rituals and celebrations around the reaching of goals. One time, I worked with a delivery group whose leader declared “pizza nights” when they did well in a customer survey, received a certain number of client compliments in the month, or met other performance goals.

This type of ritual does not have to be grand or costly. It is not so much the size of the reward that motivates workers and teams, but rather the recognition.

And, that brings me to my third point about why stories of purpose can work in any type of endeavor or enterprise: human beings simply love to tell their stories. When they do have pizza nights or any other form of celebration with their teams, managers should seek to create what I have come to call a “campfire effect”. If we can get the group sitting around sharing tales of their struggles, of overcoming adversity, or of improving a customer relationship, such sharing lays the foundation for group unity and a sense of belonging.