Transactional versus transformational leadership: Part One

Transactional versus transformational leadership: Part One

Transactional versus transformational leadership: Part One
Posted on August 7, 2021 in Leadership 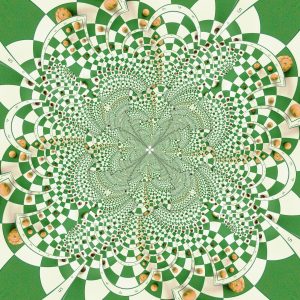 Recently, several readers have asked questions around a similar theme: Why have I been so concerned with giving “advice” to Joe Biden these past weeks? One individual even expressed surprise that I seem to have become a “supporter” of the president.

Consequently, I would like to state once again that, though I usually have little interest in writing about politics, there are certain times when I can be drawn in to observing the discourse of elected officials in some detail.

Truth be told, it is not my goal to be either a promoter or a critic of Mr Biden. Furthermore, I could make a similar comment with respect to all the world leaders I have studied or used as examples in my teaching and public speaking, including Margaret Thatcher, Charles De Gaulle, Winston Churchill, Nelson Mandela, or Abraham Lincoln.

In general, my interest in such public figures tends to be more intellectual than political. While I may have views on some facets of public policy, I have always tried not to let them enter into my work as a lecturer, speaker, consultant or coach.

At the same time, I must confess to being a true admirer of compelling communication that connects with one’s intended audience. Indeed, I often find myself thinking of ways that any orator I am watching might better accomplish this task. Above all, there are three elements of elected leaders’ declarations that I like to observe and evaluate.

As one might imagine, the three characteristics I hope to find are closely tied to some of the work I have been doing for a number of years—helping all types of people learn to express themselves authentically. As such, the first quality I look for is an ability to use one’s true self—who I am and what I stand for—in an effort to reach an audience.

Related to the capacity for showing one’s genuine self is a second feature I hope to see in any speaker: How well does she or he engage listeners with personal stories of identity? My firm belief in this tactic is the reason why I have been trying to “convince” President Biden that he has an interesting and usable life narrative, one that he should exploit to greater effect when he addresses the public.

My conviction in this fundamental truth stems from my career as a researcher and teacher, and it is probably the single statement I have repeated most often since the 1990s. The most powerful vehicle for engaging listeners is the type of personal storytelling that expresses one’s true essence and human qualities.

A third hallmark I have been searching for in Joe Biden’s pronouncements is a message that demonstrates his desire to have a transformational impact on society.

There is a fundamental distinction—between transactional and transformational leadership—that is central to nearly all my endeavors. It is a concept I use to evaluate myself, the clients I work with, and the individuals I encounter in my study and teaching of management concepts.

Joe Biden presents an interesting case in point that can help us elucidate what constitutes a transformational leader. As does any elected official, the president enters into an implied transaction with those who chose him. He pledges to keep his promises and to execute his stated program to the best of his ability.

Truly effective leaders, though, go far beyond this implicit transactional agreement with their constituents. Their vision for the future includes ways they would truly like to change their groups, their nations, even their worlds. They seek to transform something deep and fundamental in the group’s culture and mindset.

This is why I am fascinated by Mr Biden’s proclaimed desire to govern as a centrist, seeking to include members of the opposition in his legislative projects and proposals. Given the highly polarized political landscape in America these days, any success at promoting bipartisan cooperation should be seen as a truly transformational result.

Next time, we will explore the notion of transformational leadership more closely, and examine the likelihood that President Biden might accomplish something in this realm.