How to transform America’s direction and culture

How to transform America’s direction and culture

How to transform America’s direction and culture
Posted on October 15, 2021 in Leadership 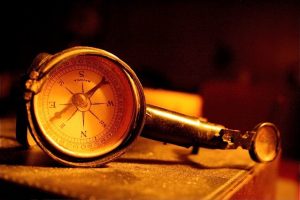 Last time, I referenced two of my favorite illustrations of individuals who transformed something fundamental in the directions and cultures of their nations—Nelson Mandela and Margaret Thatcher.

Among my reasons for using these two figures often in teaching and speaking engagements is that they were both highly effective at changing mindsets. Each in his or her own way had a similar message for their constituents: “Our current direction is simply wrong. This is not who we are or who we want to be.”

As I consider these words, I see how one might apply them to President Biden’s situation today. With his desire to unify the nation, to govern with a centrist majority, part of the president’s message is that the tribalism and radicalization of the electorate is an erroneous and dangerous path. In other words, it can be his way of telling mainstream America: this is not who we should aspire to be.

How determined will he be in his pursuit of this ideal? And how successful might he be at altering his nation’s direction or way of thinking? Without making predictions on such matters, I would comment that Mr Biden can increase the likelihood of reaching his goals by studying the cases of Mrs Thatcher and Mr Mandela.

In particular, I would point to three shared characteristics in the experiences of these two former world leaders. The first of these is that each of them was resolute in pursuing the ideals they espoused, even when faced with dissent from members of their own parties.

A second element common to both of these heads of state is one that I have frequently observed in effective change agents. Simply stated, they refused to dwell on the limitations of their situations. Instead, they chose to focus on the possibilities in front of them.

Third, we should turn our attention to another key ingredient in the examples of the UK prime minister and the South African president. Both of them used their life experience as a model for the behaviors they championed, and they told personal stories of identity to draw attention to their messages.

Joe Biden would do well to learn what he can from these examples, for each of them was a transformation that nobody had envisioned, or even thought possible. For instance, when Margaret Thatcher ran for prime minister in 1979, most British electors—including many members of her own Conservative Party—saw her proposed programs as far too radical to ever succeed.

In essence, the context of her time made Mrs Thatcher an exceedingly unlikely choice for the highest office of the land. For nearly four decades, there had been a popular and pervasive consensus throughout the United Kingdom. A large majority of voters saw the best path forward as the one championed by the Labor Party—moderate socialism, powerful unions, soft internationalism, and government intervention to control free markets.

Despite this dominant mindset that ran counter to her ideas, Margaret Thatcher focused on the possibilities she saw. In the end, what she proposed was a path toward comprehensive change. Hers was a truly inspirational vision of how the UK could return to its traditional identity and core values.

Thatcher’s discourse was straightforward and simple. Britain had simply lost its way, she declared. The socialist consensus was wrong.

The image she portrayed so energetically was one of a return to individual initiative, to truly free markets, to a strong and proud Great Britain. Her public declarations were all the more powerful because she was a symbol of the change she proposed for the nation. Mrs Thatcher’s own life story—from middle-class grocer’s daughter to rugged individualist and self-made politician with disdain for the welfare state—stood in sharp contrast to the firmly entrenched socialist consensus.

In the end, Mrs Thatcher’s persuasive story, and her complete embodiment of it, transformed the way her fellow citizens perceived their world and their nation.

So, what lessons should President Biden glean from Margaret Thatcher’s transformative impact on her country? In simple terms:

—Keep a positive mindset. Focus on your possibilities rather than dwell on the limitations that others are telling you about.

—Show that you embody the story you advocate for your constituents. Just as Mrs Thatcher used anecdotes and symbols from her life journey, Mr Biden can emphasize tales from his past as a moderate legislator and coalition builder.