Keep walking…… and stay on the path 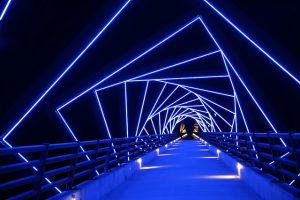 Thinking these past weeks about the “will to prepare” concept has reminded me of an incident I wrote about approximately one year ago.

The event I reference here was a small but perhaps significant coincidence that happened in June 2017, at the end of a busy three-day speaking tour in Lima, Peru. After my final engagement—a half-day executive seminar at the JW Marriott hotel—I went for a late lunch with my Uruguayan agent and his colleagues.

As such, we were sitting at Bravo’s, our favorite restaurant in the Lima area. The atmosphere was light-hearted and jovial, as owner Cristian Bravo and a few other friends came to sit with us. Amid the lively conversation and joking, though, a question from my seminar still lingered in my mind. My ongoing reflection on this theme came as a surprise to me, since the issue was neither a novel or unanticipated one.

By way of background, the workshop’s central theme had been “storytelling and influence for everyone”. As is often the case, my core message for those in attendance can be summarized with a few straightforward sentences.

First, true people of influence use their identity stories—anecdotes that convey something of who they are and what they stand for—to inspire others and stimulate change in their worlds. Second, while these autobiographical tales are unique to each individual, they do nonetheless follow some general patterns, which we can identify and study. And third, this powerful form of personal storytelling and influence can be learned by anyone, through a combination of self-reflection, coaching and deliberate practice.

It is the third assertion that frequently engenders a certain kind of question from the audience, as it did in this instance. “If virtually everyone can learn the techniques and systems you advocate”, a participant asked, “why is it that so few people succeed? What is the greatest impediment to success, and why don’t large numbers of people achieve mastery?”

As I mentioned above, this is certainly not an unexpected query. On the contrary, it is one I have answered hundreds—perhaps even thousands—of times in my teaching, consulting and public speaking. On this particular day, though, I sat in the restaurant a bit preoccupied, wondering if I could come up with something new to say on this theme.

Anyway, at one point during our lengthy meal, I took a short break and walked outside. On my way through the building, I was struck by the size of this establishment’s back bar, which is truly massive. When strolling toward the rear door, one cannot help but notice a huge poster, which is indeed among the longest and largest I have ever seen. This advertisement for a well-known Scotch whiskey depicts a dark, elegant man with a tall top hat and a cane.

From the positioning of the man’s legs, we sense that he is moving briskly forward. Beneath the image sits a straightforward message: “Johnnie Walker…Keep Walking”.

Upon seeing this picture and considering these words, it struck me that they provided a concise and insightful answer to the question of why most people do not develop their full capabilities as storytellers, and as people of influence in their worlds. They simply do not “keep walking” long enough.

Of course, this is not a new notion to me, but rather a catchy way to express an old concept. In my doctoral dissertation, and in the book The Seven Rules of Storytelling (co-written with Loick Roche, available in French and Spanish), I actually use language that is quite similar to that of Johnnie Walker. The number one reason for failure to become an effective communicator or storyteller, I write, is simply “not staying on the path long enough”.

Learning to influence one’s world by telling personal stories of identity is a skill that one must develop, hone, and maintain. Often, I tell people that it is much like learning a language, or golf, or acting, or guitar playing. If we aspire to achieve anything more than low levels of skill at such endeavors, we must carve out time for practice in our daily and weekly schedules.

And so, during these recent days of working with my two clients in New York, I have been talking a good deal about joining the two concepts. Keep walking, yes, but walk while remaining focused on sharpening your will to prepare.