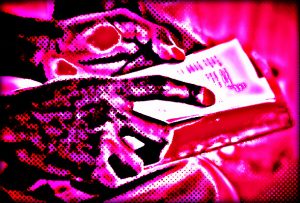 My last post, about Bob Knight and the desire to prepare versus the desire to win, drew a number of reactions that surprised me. One faithful reader, for example, commented that it was one of her favorite pieces ever. What surprised me in her particular case was that this is a woman who has little interest in basketball, or sport in general.

Her comments included the remark that she liked the post because it applied not only to sports, but also to some of the things she had experienced in her life. Learning a new language or mastering a musical instrument, to cite two examples, require the same type of commitment that Coach Knight advocates—focusing first and foremost on the desire to prepare.

While I do not wish to go off on too long a tangent here, I would like to write something about why I find this observation an interesting one, even one related to my coaching work. In fact, I have often likened what I do with clients to becoming proficient at any complex task, such as language acquisition or learning to play an instrument.

On a multitude of occasions, I have spoken to people who claim to have tried and tried, and nonetheless found themselves incapable of learning a foreign language. Many native English speakers I have met in France and Switzerland, for example, tell me jokingly, “I took five years of first-year French, and I still can’t speak a word.”

My response to this comment is that it is certainly not their aptitude that they should call into question. By dint of my experience teaching French to teenagers for five years, and of living abroad for more than two decades, I have come to the firm conclusion that language learning is accessible to virtually anyone. Certainly, people of average intelligence and hearing ability should have little problem achieving a relatively high level of linguistic proficiency and fluency.

What I ask these self-described “incapable” individuals to consider is that perhaps they should change their perspective from “I simply cannot learn a language” to “I am simply not willing to do what it takes to learn a language”. When they claim that they are unequal to such a daunting endeavor, they should at least face this reality: They lack not the ability to learn but rather the will to prepare.

The parallels between language learning and Bob Knight’s views on basketball practice are indeed intriguing. I would say that most of the people I describe above would like to be champions. In other words, they would like to “win” at the language game. Much like the players in the coach’s description, they do, in fact, have the will to win. What they often do not have is an adequate respect for the amount of preparation such efforts entail.

All of this brings me to the point of making a further connection. The arguments that I emphasize about language learning apply precisely to the coaching work I do with my clients. Most often, what I work on with them is self-expression, using who they are and what they stand for to inspire others.

Much as I am convinced that almost anyone can learn a foreign language, my next statement is another conviction grounded in my life experience. Learning to tell one’s personal stories of identity, a skill which I see as the true key to leadership self-expression, is an acquired behavior. Through repetition of exercises and mindful practice, we can learn to tell our identity stories–our best articulations of who we are and what we stand for–with enhanced skill.

It is developing and refining this personal storytelling ability that allows us to have increased influence in our worlds. And, anyone of normal intelligence can learn to do it. This is an undertaking that requires not extraordinary brainpower or speaking prowess, but rather an understanding of the process, some proper training and advice, and a strong will to prepare.