Miserable and disengaged at work? 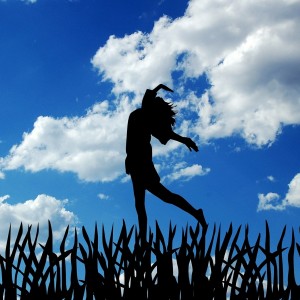 This weekend, I read yet another article in the Financial Times about how disenchanted middle managers are with their work lives. It was this headline that caught my attention: “Overworked and uninspired – the misery of the middle manager”.

Of course, we have visited issues of employee engagement before on this blog. For example, on August 28 of this year, I wrote about a recent Gallup poll which found that only 30 per cent of North American workers describe themselves as engaged.

This 30% level seems remarkably constant throughout time, having changed little during the past decade. It also seems to hold true at all levels of an organization, with managers no more or less “plugged in” than the workers they manage. And, when one reads the business press, one is left with the impression that middle managers are perhaps the least inspired members of today’s workforce.

By coincidence, just after reading this FT article, I came across a book review on David Sturt’s Great Work. The central theme of this book is that anyone can make a difference in any job. It’s not the nature of the job but what you do with the job that counts. Sturt tells stories to illustrate this point, including one of a remarkable hospital janitor named Moses.

In the building he cleans, Moses has seen hundreds of children recovering from traumatic surgery. Whenever he enters a room on his hospital rounds, his goal is to provide a moment of optimism and encouragement, particularly when he encounters sick children and their parents. If he sees progress, for example a child sitting up who could only lie flat the day before, he will always comment and smile. He sees himself not as the custodian of a building but as a provider of critical-care support for the families he encounters.

How do people like Moses manage to do great work when so many other people just work? The author and his team did extensive research around this fundamental question. They performed thousands of surveys and in-depth qualitative studies, along with hundreds of face-to-face interviews. Their conclusions: Those who do great work refuse to be defeated by the constraints of their jobs and are able to reframe their work as something far larger than a daily routine. They don’t view their jobs in terms of tasks and responsibilities, but as opportunities to make a difference.

I have enormous respect and admiration for people like Moses, who are able to reframe their jobs, turning even the most mundane work situations into opportunities to bring about change. Of course, on a grand scale, they are not “changing the world”. But, each day they find ways to change their worlds.

In my younger days, I did a good deal of manual labor, at times strenuous work under difficult conditions. During my university studies, for example, I spent a few months each summer working for a large Bordeaux wine house as a line worker. The pay was good, especially by student standards, and I thoroughly enjoyed being the youngest member of a congenial work crew.

We rotated among a wide variety of tasks—everything from rolling barrels in the wine cellar, washing bottles and removing labels, or riding on trucks to deliver cases to clients. Some days were simply fun, some were rather boring and uninspiring, and still others could be demanding to the point of physical exhaustion.

One of the things I realized quickly was that the roughly 60 workers in the group fit into three general categories. There were those who seemed disgruntled most of the time and complained a lot about the work, especially on the difficult days. Then came those who performed the required tasks without grumbling, and usually without incident. They were adequate performers, often efficient workers, but no more than that. A third category of worker, though, always seemed to able turn every task into something more meaningful, or at least more fun, than what was written in the job description.

For example, they would turn the most tiring activities, such as scraping burned-in logos from the reusable wooden cases, into a game. (“Let’s see if we can surprise the bosses by doing more of these damned cases than they ever imagined!”). Or, when they delivered wine to clients, even in the worst of weather, they would stop to ask if everything was laid out as nicely as possible, or how they might do it better. Above all, they just refused to be defeated, by the elements, by difficult customers, by screaming bosses, or by anything else.

Working alongside those in this third category taught me a lot about happiness and attitude at work. These men were not “changing the world” in any major way; they were merely deciding each day to make a difference in their worlds. I thought of them this week, when I read the story of the janitor Moses in Great Work.

Why do some people always seem to do superior work, when others merely perform the work, and where still others seem perpetually discontented with their work? Of course, life is not always this simple, but my reflecting on all this brought to mind an observation commonly attributed to Abraham Lincoln: “Most folks are as happy as they make up their minds to be.”

So, how does all this apply to the “miserable” middle managers of the world, and what would I suggest to make them happier and more fulfilled in their work? That’s a subject for next week, or perhaps even the next few weeks.