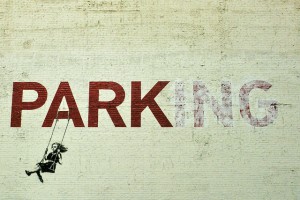 Wherever I have worked or consulted in organizations, I have made something of a habit of telling everyone in a management position that their number one job is engaging the people around them.

My reason for focusing so keenly on engagement is simple. As we have seen before on this blog, the Gallup Organization’s statistics about engagement are somewhat shocking. Only 30 per cent of North American workers describe themselves as engaged. This 30% level seems remarkably constant, having changed little during the past decade, according to Gallup. And, workers in the rest of the world are even less engaged than those in the United States and Canada. Only 13 per cent of workers in the 140-some other nations polled described themselves as engaged.

Three other elements of the Gallup surveys hold particular interest for me. The first is the even more frightening numbers at the other end of the spectrum: almost a quarter of all workers fall into the category of “actively disengaged”. These people hate their jobs, probably hate their middle manager bosses, and will even routinely try to sabotage their company’s efforts.

A second fascinating aspect of the research shows the link between employee engagement and virtually every key performance indicator. Business units with highly engaged individuals have lower turnover, fewer process errors, higher productivity and profitability, and fewer days lost to absenteeism and accidents. Stated quite simply: as engagement levels rise, everything improves.

Thirdly, the Gallup research points clearly to the potential that middle managers have to influence systems. In a Harvard Business Review piece from March 2014 entitled “Why good managers are so rare”, the authors—two Gallup Organization researchers—state that “managers account for at least 70% of variance in employee engagement scores across business units”.

Consider these last two points together. First, managers are a 70% “swing factor” in determining worker levels of commitment to their jobs. In other words, they have an enormous impact on whether their subordinates are highly engaged. And second, when levels of employee engagement rise, everything gets better. Thus, engaging one’s people may very well be the most crucial function of any manager.

Put them in a story of purpose: Whenever I think about the problem of how managers can engender engagement, I am reminded of the story of a medieval traveler who came successively upon three men breaking rocks in an open field. Back in August 2014, I used this tale to make a point about systems thinking. Now, I’ll tell it again to make a further point about employee engagement.

The first man the traveler encountered was systematically breaking huge boulders into smaller stones. The traveler asked the man what he was doing. “Isn’t it obvious,” he answered, wearily. “I’m breaking these rocks.”

Moving on, the traveler met another worker performing the same activity. This man was working somewhat faster and with greater attention to detail than the first. When the traveler asked him what he was doing, he said: “I’m breaking these rocks, and I must pay attention to doing it well. For, when I and the others have cut enough of them into these smaller perfectly formed pieces, we are going to use them to build a wall.”

Finally, the traveler met a third man surrounded by boulders. Sweating as he worked, this man had a happy smile on his face. “What are you doing?” the traveler asked. Gazing into the distance with a gleam in his eye, the laborer answered: “I’m building a cathedral.”

It is easy to see that the three men breaking their boulders have very different levels of engagement with an inherently boring job. The first worker focuses on the task to be performed, the second takes pride in a collaborative effort, and the third is inspired by a future dream.

As the leader of a group of workers, we choose the way we describe the work to group members. We can stick to the basics and describe the tasks to be performed. But, we can also choose to dress the tasks in a story of future purpose. We can put the work in a broader context. We can try to give almost any tedious task a larger meaning.

If much of the world’s daily work does feel mundane, people nonetheless crave a story to imbue their work with meaning. Positive stories of shared purpose have the power to transform our lives. They allow us to embrace, even revel in whatever work we do.

The manager who put the image of the cathedral in the mind of the workers—rather than simply describing the task to be performed—was providing a narrative of purpose, a shared dream that fostered employee engagement. Next time, I will provide some ideas to help us learn to use this type of stories.